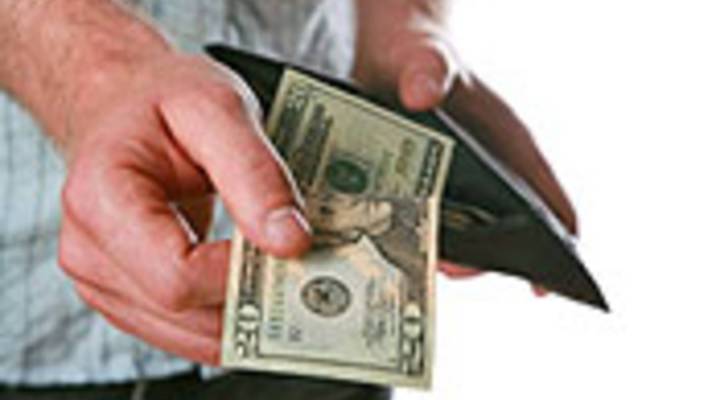 Kai Ryssdal: A couple of big retailers reported pleasantly surprising third-quarter profits today. It is, however, the fourth quarter where a lot of stores make or break their yearly profits. And there is some unpleasantly surprising news on that front for you. More Americans say they’ll be paying cash, not credit, for their gifts this year. Marketplace’s Stacey Vanek-Smith has more.

The January credit-card bill. When you come face to face with the tab for all that holiday cheer. Fewer Americans will be having that moment this year. The National Retail Federation reports more than two-thirds of shoppers plan to pay for their holiday purchases with cash or debit cards. That’s up about 10 percent from last year.

That’s Conni Gause from Grinnel, Iowa. She’ll be buying gifts for her sister, mother and teenage daughter. She’s on a tight budget, and she says credit cards make it too easy to spend too much.

GAUSE: I don’t want to go into debt any farther than I already am because I don’t know what the future’s going to bring.

Lynn Kahle is a consumer psychology expert at the University of Oregon.

LYNN KAHLE: When you use a credit card, you’re saying you’re pretty optimistic about the future. I may not have the money right now, but better to enjoy the pleasures of life now and worry about paying for them later.

That caution is bad news for retailers. Shoppers with plastic tend to spend beyond their budgets.

Kathy Grannis is with the National Retail Federation.

KATHY GRANNIS: We may not see as many impulsive buys. There will not be that extra sweater purchase that they don’t throw that $20 on their credit card.

It’s not just impulse buys that will be off the shopping list. About 80 percent of consumers say they’ll buy fewer gifts this holiday season.