Kai Ryssdal: The president’s on his way to Asia this afternoon. Four countries in eight days: Japan, Singapore, South Korea and China. On a day when the Treasury Department announced a record deficit for the month of October, it’s that visit to Beijing that’s getting most of the attention. Aside from, maybe, us, China has about as big a stake in how quickly the American economy recovers as anybody. They own nearly a trillion dollars worth of our debt. So they’re watching pretty closely as the government tries to spend its way out of recession. Commentator and economist Todd Buchholz says if we’re lucky, the Chinese will keep us honest.

TODD BUCHHOLZ: American culture is filled with vigilante heroes. Take Batman. Without Batman, the citizens of Gotham would find themselves robbed and ridiculed by the Riddler and the Penguin.

Well, these days the Riddler and the Joker stand for our national debt, as deficit forecasts jump by the trillions, as the ratio of deficit-to-GDP hits 11 percent, with virtually no plan to rein it in.

But who is looking out for the American taxpayer?

The Obama White House sounds resigned to breathtaking deficits until the year — well, pretty much until Generation Y trades in their iPhones for hearing aids.

Today, the American taxpayer, faced with a future of rising taxes, has no powerful friend. Except one: A vigilante character riding in from the East. The Far East. And the name of that character is China. Follow me here.

If the U.S. dollar or U.S. bonds collapse, everybody loses. American consumers will get squeezed by higher prices and China loses as well, since their investments in the U.S. would go “poof.”

Apparently, China cares more about protecting the American taxpayer than our elected officials do. Chinese leaders are the vigilantes trying to protect the American public from a fiscal fleecing.

Are they protecting Americans because they are nice? No! Noble? No! Charitable? Hah! Of course, it’s self-interest. Hey, not all vigilantes are as noble as Batman.

RYSSDAL: Economist Todd Buchholz was an adviser to the first President Bush. His latest book is called “New Ideas From Dead CEOs.” 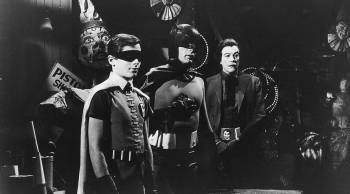