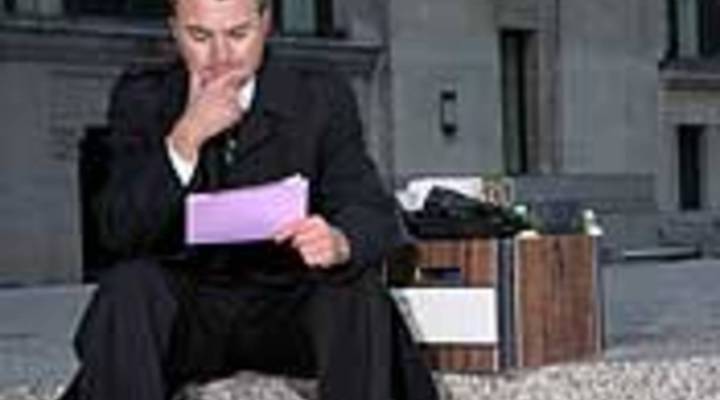 Optimism in a recovery full of job cuts?

COPY
A man looks at his pink slip iStockPhoto

Optimism in a recovery full of job cuts?

A man looks at his pink slip iStockPhoto
Listen Now

Bill Radke: Strange, isn’t that? The stock market is up. We’re talking about strong earnings and economic recovery, and yet Sprint says it’s cutting another 2,500 jobs; Pfizer, 2,000 jobs; the video gamer Electronic Arts is cutting 1,500 jobs. Those announcements are just from this week. We asked Marketplace’s Stacey Vanek-Smith how there could be optimism with no jobs.

Tom Higgins is chief economist at Paydon and Rygel Asset Management. He says companies have slashed work forces to cut costs, but things will turn around soon.

Tom Higgins: Companies have probably laid off too many workers. Once the recovery does start getting traction, then companies will start hiring back some of these workers.

But that doesn’t mean employment levels will go back to where they were says Jack Ablin, chief investment officer for Harris Private Bank. He says the recession is winding down, but we’re in a new economy.

Jack Ablin: We as a nation have spent more than we’ve earned consistently for nearly 10 years. We grew an economy that was just too big. Too many vacations, too many autos, too many Starbucks coffees. Too many jobs unfortunately.

Ablin points out the U.S. has lost 7.5 million jobs since the recession began. He says it could take nearly a decade for those jobs to come back.