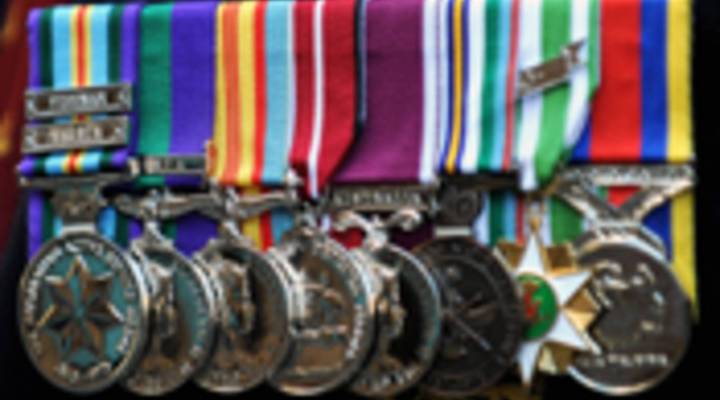 New GI Bill victim of its own popularity

New GI Bill victim of its own popularity

TESS VIGELAND: This coming week marks Veterans Day. So we thought we’d take a moment to look at the new GI Bill that took effect this summer. It brings the benefit more in line with current costs for tuition, books and housing. So far more than 200,000 people have signed up and that’s caused a big backlog for applications.

David Segal is a sociology professor at the University of Maryland who studies military organization. He says the new GI Bill has been a victim of its own popularity.

David Segal: There was not much lead time between the passage of the bill and opening of school for the fall semester. It was clear that the veterans administration was not going to be in a position to deal with all of their applications before the fall semester began.

Sergeant Richard Smith was one of them. He joined the Army in 2003, right out high school.

Sgt. Richard Smith: I had dreams of going to a good school, but apparently when you skip a bunch of school to go surfing, it doesn’t work out so well, so I chose to join the Army.

Smith started at the University of Alabama last year under the old GI Bill, meaning he had to take out loans. So he was thrilled that the new bill meant his tuition and housing were paid for. Many schools are floating veterans’ costs while the system catches up. But Smith had to front his tuition out-of-pocket.

Smith: Honestly, it was kind of a big problem. I had like $106 in my checking account, and my rent was coming due.

The VA has issued emergency $3,000 checks to help GI students pay bills. Smith was about to drive several hours to get one of those checks, when his tuition payment finally arrived.

Another service member, Lieutenant Eric Petrevich, has spent much of the past 20 years in the armed forces and reserves. He now lives in New Jersey. He says the old model of the GI Bill was to go to school after service. But many soldiers in Iraq and Afghanistan enroll while deployed. And the new bill makes that easier.

Lt. Eric Petrevich: You pretty much either work out in a gym, you go to school online or hang out and play video games. So a lot of people end up start going to the classes just because there’s really nothing else much really to do. And they start to really enjoy the whole aspect of learning. And doing missions, if there’s a long drive to their objective, might be studying, might be taking notes while that vehicle is moving en route.

Petrevich isn’t eligible for the new GI Bill, since he got a master’s on the old one. But the new benefit can be transferred to a spouse or a child. And Professor David Segal says that changes the motivation for military service.