Steve Chiotakis: Two well-known names in the tool business are set to become one. Stanley is acquiring Black & Decker in a stock deal valued at $4.5 billion. The combined company will slim down to try and weather the housing and construction slump, as Marketplace’s Mitchell Hartman reports.

Mitchell Hartman: Stanley Works is best known for its hand tools. It’s also expanded aggressively into the security business in recent years, making everything from padlocks to surveillance equipment. Black & Decker is a leader in power tools.

The new company will be called Stanley Black & Decker. It’ll be based in New Britain, Conn., where Stanley was founded more than 160 years ago.

Both companies have been hit hard by the decline in home construction. Consumers, meanwhile, are being stingy with their do-it-yourself budgets these days, so the market for screwdrivers and tape measures is down as well. bout 4,000 layoffs are expected — 10 percent of the companies’ combined workforces.

The merger must still be approved by shareholders. It’s not expected to raise antitrust concerns, since the companies’ tool lines don’t overlap. 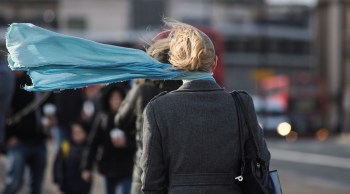