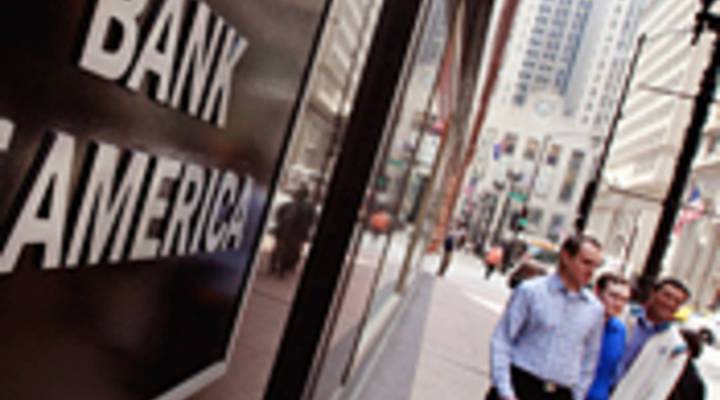 Bill Radke: When Bank of America reports earnings this morning, it’s expected to show a loss. Citigroup also posted its own to shareholders. Yet JPMorgan Chase and Goldman Sachs made money. So what’s the difference? Marketplace’s Stacey Vanek-Smith takes a look.

Stacey Vanek-Smith: On the one hand, JPMorgan Chase just posted eye-popping profits. But Citigroup and Bank of America are bleeding money. Guess which ones are partially owned by taxpayers. So is this some kind of bailout backfire?

James Angel: The government ended up owning the sickest banks. And their problems are not the kind of things that are going to get over with quickly.

Angel says the real difference is not the bailouts, but the buyouts. He says JPMorgan’s purchase of Washington Mutual went pretty well. but B of A’s acquisitions of Countrywide and Merrill Lynch haven’t been so smooth. He says Merrill was a lot sicker than B of A thought.

Angel: It’s the cockroach theory. When you see one cockroach, there are often more lurking in the woodwork.

Bert Ely: We’re going through a relatively severe, but fairly typical banking-credit cycle as these companies digest and deal with all their credit-quality problems.

Ely says Citigroup needs to put its focus back on consumer banking. And B of A needs to digest its new acquisitions. But the two could look very different this time next year.