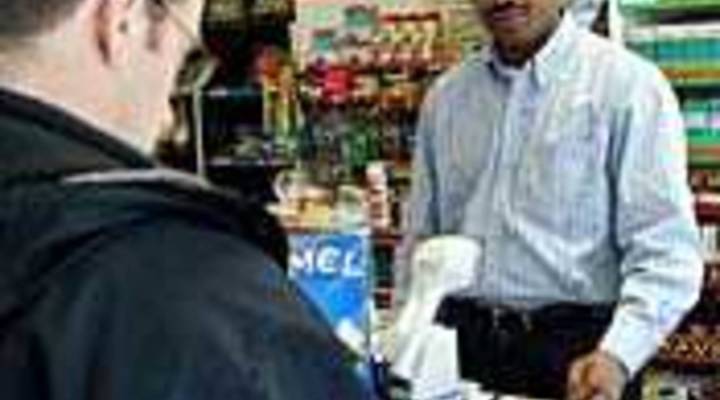 Kai Ryssdal: If you can’t beat ’em, ban ’em. That seems to be the motto of one low-income neighborhood in Los Angeles. Last year, South L.A. put limits on the number of new fast food restaurants that could open up shop nearby. Now it’s got convenience stores in its sights. Marketplace’s Stacey Vanek-Smith reports.

STACEY VANEK-SMITH: Standing outside of Sam’s Market, in South Los Angeles, Raymond Funes says he shops at this convenience store a lot more than the grocery store.

The Rand Corporation just published a study on this neighborhood. It found far fewer chain supermarkets here than in wealthier parts of L.A. And four times more convenience stores.

Economist Roland Sturm wrote the study. He says junk food is the major reason obesity rates in South L.A. are so much higher than in wealthier areas.

STURM: If we believe that the food environment is a major cause of obesity, then the big differences we see are in small convenience stores.

The L.A. City Council is looking at limiting the number of these stores in South L.A. Jeff Lenard is with the National Association of Convenience Stores. He says they serve a crucial need.

JEFF LENARD: Convenience stores are able to be in areas that you can’t have a bigger store or where corporate may not want to have a store.

Jonathan Mendoza says that’s why he buys his groceries at a corner store.

JONATHAN MENDOZA: I guess the basics like tortillas, beans, eggs. When there’s no nearest place, I mean, this is the spot we go to.

L.A.’s not the only place casting a critical eye on calories. A study of Philadelphia schoolkids found most of them made daily trips to corner stores. And New York schools just banned the beloved bake sale.