Limbaugh’s bid for Rams may be costly

Limbaugh’s bid for Rams may be costly

Steve Chiotakis While the St. Louis Cardinals make their way into the playoffs, playing the Dodgers tonight here in LA, the city’s football team is in the news. Word is talk radio’s Rush Limbaugh wants to be one of the St. Louis Rams’ new team owners. From St. Louis, Adam Allington has more.

Adam Allington: Adding an owner as controversial as Rush Limbaugh could throw a whole new factor into the Ram’s business model. Limbaugh, a native Missourian, has a history with professional football. In 2003 he was briefly employed as a color commentator for ESPN’s NFL Pregame Show.

He left after a dust-up over comments he made that that the media overrated Philadelphia Eagles quarterback Donovan McNabb because he was black.

Jim Thomas covers the Rams for the St. Louis Post-Dispatch. He says its statements like that which could prove costly should he become part owner.

JIM THOMAS: You just wonder if you’re an African-American free agent of some renown and your choice is between the Rams and Seattle, or whoever, would that factor in? If you knew about Limbaugh’s comments about McNabb?

Limbaugh is just one name in a group of investors teaming up to purchase the Rams. If the sale goes through he may not be the controlling owner.

One thing’s for sure, even the host of America’s most popular radio show will have to dig deep to walk away with the team. Despite its losing record, Forbes recently valued the Rams at $900 million. 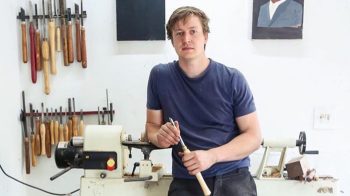