TESS VIGELAND: Remember a couple of months back when vanilla was all the rage? As in, plain vanilla financial products. It was part of the discussion around a new Consumer Financial Protection Agency. The Obama administration wanted banks and other financial institutions to be required to offer things like 30-year fixed mortgages. And credit cards with clearly defined fees and penalties.

Well, there’s been a lot of horse-trading since that announcement in June. And this week Treasury Secretary Tim Geithner said the administration is willing to give up its demand for “plain vanilla” products.

Our economics editor Chris Farrell has a little cayenne to sprinkle on that.

The bankers, mortgage brokers and credit card issuers that peddled interest-only mortgages, option-rate ARMs, liar loans are taking a stand on your behalf.

OK, I’m being sarcastic. But bankers have hired K-Street lobbyists to block the administration’s plan to require financial institutions to offer consumers simple, low-cost products. Their argument is that the rule — as well as the proposed Consumer Financial Product Agency — would cut back on the availability of credit and discourage innovation.

The new requirement is that banks have to offer consumers the choice of simple products. That doesn’t mean they can’t sell as many liar loans and option ARMs as their heart’s desire. So, what’s the problem with offering us simple products that are understandable and make for easy comparison shopping?

You guessed it. Industry is opposed, because the rule would lead to increased competition, smarter consumers and, by definition, more ephemeral profits. Why should bankers make life harder for themselves just to benefit consumers?

The need is there. Have you looked at financial literacy surveys? It’s a dismal, depressing state of affairs. We live in an age when individuals are being asked to take more financial responsibility, and yet the grasp of basic financial concepts is poor. For instance, about a third of Americans don’t know that the finance charge on a credit card statement is what they pay for credit.

Put it this way: Just about every complex money product manufactured by the banking industry in recent decades has turned out to be bad for your financial health.

Government support for free markets doesn’t mean backing policies that largely favor industry and the rich. Adam Smith wisely warned against that some two centuries ago. Yet that’s what the public policy of deregulation has degenerated into: A concern for profits rather than the welfare of consumers. It’s time to save the banking system from the bankers.

Treasury Secretary Geithner, don’t compromise. Simplicity is a virtue in many aspects of life, including money. 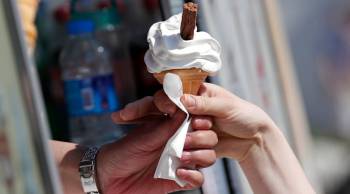