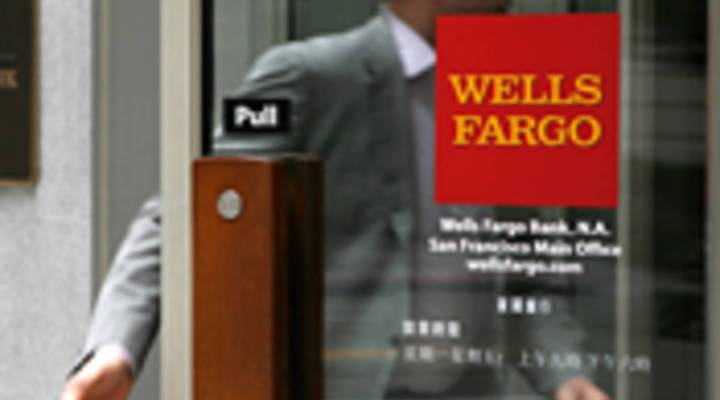 TESS VIGELAND: So the banks haven’t exactly been our BFFs over the past year. We gave them $700 billion. They gave us heartburn. But this week, at last, a limited change of heart from Bank of America, Chase and Wells Fargo.

Used to be that if you used a debit card and you went over your limit, instead of rejecting the charges, the banks would clear it — and then slam you with giant fees that brought them about $38 billion a year. Of course, you should have been keeping closer track of your balances. But at least now you’ll get a choice about whether you want that so-called protection.

Stacey Vanek-Smith: Think of it as the end of the $40 latte. That’s the latte you pay for with your debit card when you don’t have enough money in your account to cover the charge. It goes through anyway, you get your fix — only to discover that $5 coffee cost 40 bucks. The bank basically loaned you $5 for the latte and charged you a $35 fee for that loan. It’s called overdraft protection.

Jonah Gollub: I was kind of shocked initially and honestly out of principle, I refused to pay it.

That’s 31-year-old Jonah Gollub. He had a bank account with Wachovia. The account had almost nothing in it and Gollub rarely used it. Wachovia fined Gollub for inactivity. That pushed Gollub’s balance into negative territory. So, Wachovia stepped in to cover the fee Gollub owed them and then slapped him with $60 worth of overdraft fees.

Stories like Gollub’s have been getting lots of attention from lawmakers and consumer advocates. Especially since most banks won’t let consumers opt out of overdraft protection for debit cards. Or at least they didn’t until this week.

Customers at Bank of America, JPMorgan Chase and Wells Fargo can now opt out. The banks also say they’ll waive fees for customers who only go over by a few dollars.

Carolyn Maloney: It puts more control into the consumer’s hands.

Carolyn Maloney is a Democratic congresswoman from New York. She says this is a solid first step but more is needed.

Maloney: This is good reforms. I’m thrilled that they’re doing it, but what we need are consistent overdraft reforms for all Americans.

Maloney has introduced legislation that would require banks to get permission from costumers in the store to give them overdraft protection. It could happen when you’re swiping your card. Similar legislation in the Senate is expected to lower overdraft fees.

But that won’t eliminate them entirely says Greg McBride, a financial analyst with Bankrate.com. McBride says if you choose to keep overdraft protection, there are still some simple ways to avoid that $40 latte.

Greg McBride: Keep track of your transactions, particularly those small, debit card transactions. Leave a buffer, a few hundred extra dollars in the checking account, so that you’re not running on a razor thin margin. And then finally, some banks will allow you to sign up for an e-mail or text alert if your balance gets below a certain level.

McBride also suggests setting up a link between your checking account and your savings account. Or arrange for your bank to text you if your balance gets below a certain point. That’s the kind of protection you can really use.