Avoid being a freelance pushover

Avoid being a freelance pushover

TESS VIGELAND: It’s pretty safe to say Uncle Sam doesn’t appreciate the under-the-table work. So if you’re looking for another option to supplement your income, there’s always freelancing. No benefits. No security. But better than no income.

If you’re new to it, though, you’ve got to be aware of the pitfalls and how you can protect yourself. Most importantly, how do you ensure you’ll get paid.

Tory Johnson is the founder and CEO of Women for Hire and I asked her for some tips on how to talk coin with a freelance client.

Tory Johnson: You don’t want to avoid talking about money, because it will mean that you don’t get paid. So if you are somebody who, perhaps, isn’t comfortable wearing a business hat — you sort of just like to do your craft and kind of think about the money stuff later — that’s not a good thing right now. You want to be somebody who’s not only good at what you do, but someone who also recognizes that part of the responsibility or burden — depending on how you think of it — of being a freelancer is also needing to talk money and not shying away from that.

Vigeland: All right. Well, say you’ve gotten a job. What’s the best way to make sure you will be paid the right amount and on time?

Johnson: The very first thing I would suggest is agreeing up front. So before you start the project, before you begin anything, you say, “Great, I understand the parameters of the project. I’m eager to dive in. Let’s agree about the payment schedule.” And depending on the size of a project — so if a project is something that’s going to take you a week for a relatively modest amount of money, well obviously you’re not going to have a payment plan built in.

But if you’re doing something that’s a little more long term — it could even be several weeks or several months worth of work — then you want to agree on a payment plan based on milestones. And those milestones could be dates, so a passage of a time, or on deliverables — when you show at certain stages that you have completed the necessary steps by that point.

Vigeland: What if there is an issue with the payment — You haven’t been paid or it’s not the amount that you agreed on. What do you do? Do you go up to the front door and say, “Hey, I want my money?”

Johnson: Start banging on the door. Yeah, so there’s a few different things that you can do. So sometimes, the thing that I hear from freelancers often is the person that they’ve been dealing with on a day-to-day basis tries to skirt the issue by saying, “Oh, I submitted your invoice. I don’t know what takes so long. It’s not my department that handles this.” So if you feel like you’re getting the run around from your contact, try to remove yourself from that particular person.

So for example, let’s say I did some work with you and clearly you’re not the person who’s going to write me the check, I might say, “Hey, can you let me know who the right person is that I need to talk to?” Or if you want to take the onus off of you further, “Can you tell me who that person is, because my accountant wants to know. My accountant would like to touch base with that particular person.” And the closer that you can get to the person who cuts the checks, typically, the quicker you’ll get paid.

Vigeland: And what if this just continues to drag on. I mean, at some point, do you get to a point where you go to small claims court?

Johnson: For some people, sure. I mean, and for a lot of people depending on the amount of money that’s involved, sometimes that doesn’t pay. I had a situation like that in my own company once, where we were doing some work and the person who we were dealing with sort of was giving the run around. Then ultimately that person left the company and we were sort of like, “Well, hm. How are we going to get paid here?” And we wound up going to somebody who was much more senior to say, “Here’s this work that we performed, here’s how much we were supposed to be paid, here’s what happened in the interim. Help us get to the right person.” And it was resolved within a week.

Vigeland: I would think that it would be very difficult for freelancers — particular in this economy — to play any sort of hardball with an employer. I mean, you’re just glad to have the work at a certain point, aren’t you? And how do you know where the line is, where you do have to start really going after someone for not paying you?

Johnson: Sure. I mean, you really really really want the work, because you want the money. And so it’s not the actual work that’s making you excited, it’s the payment at the end of that that’s making you excited, especially in this economy. And so if you know that you’ve continued to do work for somebody and there constantly is a problem with getting paid, you have to think twice. That’s sort of a moment for you to stop, pause and look around and say, “How do I fix this situation?” And you can be candid and say, “From this moment forward, what can we do to make sure I’m paid on time?”

And you know, just like the phone company will cut you off for a failure to pay, they’ll maybe let you go a month or two, but at some point someone’s going to stop delivering a service until they get paid. And some of those same tactics can be applied in a very nice way to freelancers. If you see a pattern of constantly not paying you, it’s your own fault if you continue to give somebody, in a sense, permission to not pay you by continuing to do the work and ignoring the fact that they’re not paying.

Vigeland: Tory Johnson is the founder and CEO of Women for Hire. Thanks so much for coming in.

Johnson: Thanks for having me. 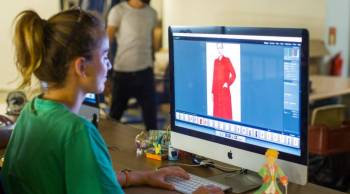 Women in the gig economy: We want to hear from you