Steve Chiotakis: World environmental leaders are meeting at the U.N. this week, trying to hammer out a global climate change agreement. But here in the United States, there’s a growing split in the business community over what to do about greenhouse gas pollution. A major utility company has withdrawn from the Chamber of Commerce to protest that business lobby’s environmental policies. From Washington, here’s Marketplace’s John Dimsdale.

John Dimsdale: California’s Pacific Gas and Electric says it has fundamental differences with the Chamber of Commerce over global warming. The Chamber is lobbying against a congressional cap on carbon dioxide emissions, and has threatened to take the EPA to court over its authority to regulate air pollution.

The Chamber, along with other business groups like the National Association of Manufacturers, argue government limits on greenhouse gases will raise energy prices and cause shortages that will harm the economy.

PG&E is only the latest of a growing number of companies to criticize the business lobby groups. Companies like Nike, Johnson and Johnson and Duke Energy support either a cap or a tax on carbon pollution. The House has approved a cap on greenhouse gases, and Senate leaders want to take up their version sometime this winter.

A spokesman for the Chamber wouldn’t comment on PG&E’s decision. 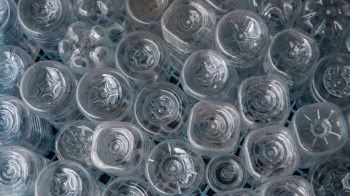 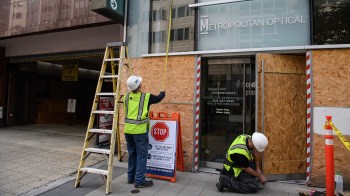