Tess Vigeland: Every year the Census Bureau gives us a snapshot of the American population. It’s called the American Community Survey. Needless to say, the last year changed many things for many people.

Job losses, declining home values, bank scares — they prompted us to spend less, save more, and make different decisions than we would’ve made just a couple of years ago. Marketplace’s Amy Scott tells us some of the ways the recession is changing how we live.

Back then drivers were facing $4 a gallon at the pump. More people carpooled to work or took public transportation. Home ownership fell to its lowest level in six years. And more people over age 65 worked.

Mark Mather is a demographer at the nonprofit Population Reference Bureau.

MARK MATHER: Everybody’s been affected by this recession in some way or another. And what we’re seeing is some of the ways in which families are coping with this new economic reality.

Another sign of the new reality: after rising steadily for years, the percentage of foreign-born residents fell last year.

The Census Bureau’s Scott Bogges says when the economy goes into a recession immigrants are among the first people to lose their jobs.

SCOTT BOGGES: That’s the speculation. That economically the United States would be a less appealing destination for new migrants or a less appealing place to stay for foreign-born individuals who had come here seeking work.

The survey was conducted throughout 2008.

Margaret Simms at the Urban Institute points out that was before unemployment really took off.

MARGARET SIMMS: I would say you can see bad things coming, and we might expect that next year’s data will reflect more fully the effects of the recession.

So this time next year we might have a better idea of where we are right now. By then, many economists expect the recession will be over, if it isn’t already. 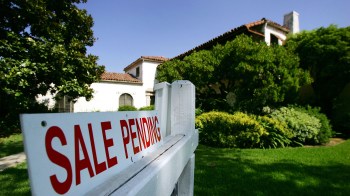