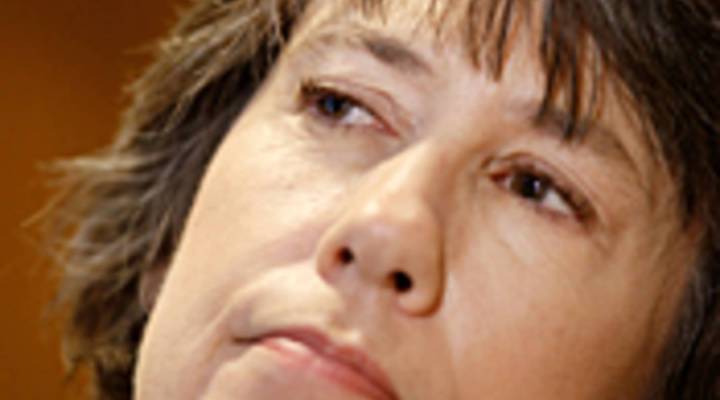 Is the FDIC too big to fail?

Is the FDIC too big to fail?

Tess Vigeland: The Federal Deposit Insurance Corporation rescued quite a few banks over the last year or so. From IndyMac and Washington Mutual, to Colonial Bank and four others just last week. The total so far this year is 81 banks. But 400 more are listed as “troubled.”

Today the agency announced its rescue fund dropped by 20 percent in the second quarter. Chairwoman Sheila Bair said no worries. But the worries are there anyway. So for some context we turn to Bill Isaac. He served as FDIC chief in the Reagan administration. Welcome to the program.

BILL ISAAC: Nice to be with you.

Vigeland: How concerned should we be about the solvency of the FDIC? This agency is in charge of protecting $4.5 trillion in bank deposits. It’s got $10 billion on its books. Disconcerting?

ISAAC: The FDIC is backed by the full faith and credit of the United States government. And it has the ability to borrow from the U.S. Treasury up to $500 billion if it needs to. But having said that, let me just add that the FDIC has I think about $10 billion in the fund at the moment after reserves. They’ve taken $32 billion of reserves for losses that have not occurred. But if you put that $32 billion back then there’s really $42 billion in the fund. But to put 400 problem banks in perspective, at the end of 1991, we had 1,500 banks on the problem list. So I think the short answer is nobody should be concerned about the FDIC.

Vigeland: Remind us how the FDIC is funded. It is not the taxpayers.

ISAAC: No, it’s funded completely by the banks. The banks pay premiums every year, or assessments every year. When the fund dips down, the banks are obliged to fill it back up again.

Vigeland: Sheila Bair did say today she doesn’t anticipate needing to borrow from the government. So of course that means potentially higher charges to the banks. Presumably that will be passed on to customers?

ISAAC: Presumably. Bank charges will be passed along to customers. But I would say that I’m concerned that we not raise these assessments on banks right now. The FDIC will probably do it, but I wish they wouldn’t.

ISAAC: Because it’s countercyclical, it doesn’t help the economic recovery. We need for banks to be loaning money right now. And banks can loan approximately $10 for every $1 of capital they have. So when the FDIC takes a $1 of capital away from the banks to put into the fund, that’s $10 of lending the bank can’t do. I think the time to build the FDIC fund is after the banking system has been stabilized, and after the economy has been stabilized, and it’s starting to grow again.

Vigeland: But what about for the immediate future? If you have more banks, what there are 415 or so on the list as troubled, if a bunch of those go belly up, and the FDIC doesn’t have the money, are you saying the taxpayer would be a better source than the banks themselves?

ISAAC: Sure. The Treasury would loan the FDIC money if it needed to borrow money. And then it would be repaid after the economy is recovered and the banking system is recovered. That money would be paid back, including interest on it, so it doesn’t cost the taxpayers anything at all. They’re just loaning the money to the FDIC to get through this period.