Tess Vigeland: You had a lot to say about our interviews over the past few weeks. Two in particular drew some notice. The first was one that Kai did with our car expert Dan Neil about the 2010 Buick Lacrosse.

Dan pointed out that Buick customers tend to be older. He said the cars should come with dialysis machines.

Gudrun Eastham-Pope of Camarillo, Calif., says there could have been a more tactful aside.

GUDRUN Eastham-Pope: My 68-year-old husband takes dialysis, and he and I both would have been better served and entertained if Dan Neil had said in his interview ‘the car would come with a dial phone, cassette tape machine and paper maps.’

The second interview was one I did with John Wasik about his book, “The Cul De Sac Syndrome.” Wasik talked about Americans’ obsession with owning land and building homes. Professor Margaret Garb teaches American History at Washington University in St. Louis. She says the interview missed the back story of the housing craze.

MARGARET Garb: Everybody seems to think that home ownership is just part of the American inheritance. That somehow people are born with a home ownership gene or something like that. When in fact it’s really the result of very specific historical changes that occurred in the United States in the late 19th century and then dramatic shifts in American politics and public life that occurred during the New Deal.

Some big shifts are happening in a couple European countries. Over the past week, we reported the German and French economies had grown last quarter. Richard Johnston hears us in Manhattan and says that growth is possible because of social safety nets.

RICHARD Johnston: People in Europe don’t live in fear in the same way that Americans do because in America to lose your job is catastrophic because you lose almost all of your income, and you’re in line to lose your health care.

And one last note from the Marketplace desk of public service. We recently heard a story about how Hertz is using new technology to monitor dings and damage to their rental car fleet.

Chuck Flacks of San Diego, Calif., says the story made him look more closely at his bill from Hertz after returning a rental car.

He says Marketplace saved him $28. Not bad!

FLACKS: Oh absolutely! I was thrilled

So if we’re saving you money or costing you peace of mind. Do tell us. 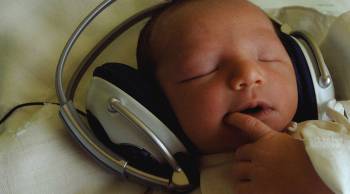