Kai Ryssdal: The recession that seems to be winding its way down has taken a giant bite out of many a corporate bottom line over the past year or two. But it’s brought other changes, too. For one, how what we buy gets from the factory to the store shelves. As shipping costs and pressure to reduce greenhouse gas emissions rise, companies are looking for ways to make their supply chains shorter and save some money while they’re at it. Craig Carter is the co-editor of the Journal of Supply Chain Management.

CRAIG CARTER: It’s a pleasure to be here. Thank you, Kai.

RYSSDAL: Let me test the hypothesis here that climate change and global warming will inevitably affect the traditional supply chain that we have.

CARTER: That’s probably a very, very strong hypothesis. About a year-and-a-half ago when oil prices were up to $140 a barrel or more, companies were already very seriously looking at how they could reconfigure their supply chains in terms where their suppliers were located, where manufacturing occurred, how many distributor centers to have on the outbound side, and what mode or modes of transportation they would use to deal with the increasing prices of oil.

RYSSDAL: Well, let’s talk inbound side first. I imagine the first thing people will do will be to source their products closer to where they are. Mexico, perhaps, instead of Asia, if we’re talking about North America.

CARTER: Yeah, that’s a very astute observation. I think certainly for some products, we’ll most definitely see that. For products that don’t have a lot of technology imbedded in them, and for which labor costs are relatively high proportion of the final costs, I think we’ll see a lot of what is called near sourcing. Bringing those products back closer to the U.S., or in some cases, into the U.S. For other products where labor becomes a little less relevant, but the skilled-labor portion, or the technology portion becomes relevant, we may see continued, in fact we will see continued outsourcing to China and other parts of Asia.

RYSSDAL: Would there be do you suppose any economic benefit to the United States? I mean the corporations will benefit for sure, but what about the rest of us?

RYSSDAL: Do you suppose the benefits might accrue to larger companies than smaller. I mean not everybody is equipped with economies of scale that Walmart is.

CARTER: That’s a good point. I mean, there are going to be winners and losers without a doubt. Some companies are going to do better than others. But at the same time, I mean all companies are buying products, and if the products are manufactured in a more efficient manner, then all companies should be able to purchase those at the retail level at a lower cost and pass those savings on to their consumers.

RYSSDAL: Do you suppose this trend that we’re seeing might accelerate with the Copenhagen summit on climate change coming up in December, and more pressure frankly on this issue.

CARTER: Oh, absolutely. Companies are very, very aware of the issue. And there’s a lot of uncertainty, too, in terms of when oil prices will rise again, not if because they certainly will. And also what kind of regulatory structure we might have here in the United States in terms of a cap-and-trade system. But with that said, companies are aware of that, I think the biggest challenge today for organizations is to deal with the short-term cash flow issues of the economic recession that we’re experiencing while still keeping their eye on the ball in terms of dealing with these issues. Many of which are much longer term.

RYSSDAL: Craig Carter is the co-editor of the Journal of Supply Chain Management. He’s also a professor at the University of Nevada. We’ve caught him obviously today out on the road. Professor, thanks so much for your time.

CARTER: Kai, thank you. It’s been a pleasure. 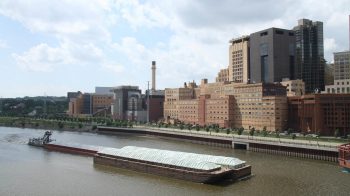 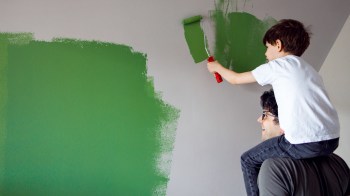