Radke: How should we feel about these numbers?

Bovino: Well it does say that the signs of recovery in the United States is starting to improve. Again, the pace is slowing down of jobs lost — that’s a good thing. However, people are still losing jobs and we’re talking 6.7 million jobs lost since the recession started.

Radke: Right. It is good not to lose your job, of course. But does this report — as you say, it’s not all good news — does it mean much for the broader economy?

Radke: And that’ll effect people and businesses who rely on you know, people paying their loans and doing some consumer spending.

Bovino: Well it will also help for people… even people who have their jobs are afraid they might lose them next week. So if they start to see signs of improvement in the headline numbers — even just these little pieces that they say well it’s not as bad as everybody expected — that might get them out to the mall a little bit more and shop, and that will improve certainly the economy and improve business for everyone.

Radke: Does this say anything about how the government’s stimulus spending is working or whether more is needed?

Bovino: We have to see the stimulus package go through the economy. We’re seeing initial signs of it. Certainly with the tax cuts, with the tax rebate checks, that was a help. With the clunker business, that was also a plus and that certainly got people out shopping and that improved growth in the economy. Will we have to see more? Well we have to see how the first steps are taken into account. We may need more in the future, but why don’t we see how it plays out. 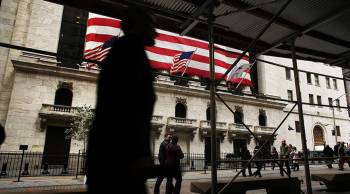