Steve Chiotakis: The wife of convicted Ponzi-schemer Bernie Madoff is being sued. The court-appointed trustee for Madoff’s defrauded investors wants to recover millions of dollars that Ruth Madoff got from her husband’s investment firm. That’s before the financial house of cards collapsed last year. Marketplace’s Mitchell Hartman has more.

Mitchell Hartman: Trustee Irving Picard sued Ruth Madoff yesterday for nearly $45 million. He charges she “lived a life of splendor,” and had “no good faith basis to believe she was entitled” to the millions she spent on her lavish lifestyle.

While Bernie Madoff is serving a 150-year sentence, his family members maintain they knew nothing about the fraud. And none has been sued — until now.

Bankruptcy law allows the trustee to go after assets withdrawn from the company as much as six years before it collapsed. That would include $3 million Ruth Madoff got to pay her American Express bill.

Her lawyer says the lawsuit’s unfair. He points out the court has already stripped his client of $80 million in assets, including homes in Manhattan, Palm Beach, and the South of France; plus a yacht and a Steinway piano. She’s been left with $2.5 million. 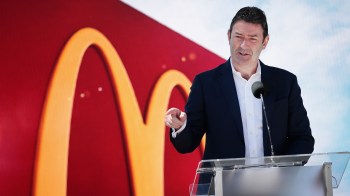