Kai Ryssdal: There might not be any such a thing as a free lunch, but in this digital age, free is becoming much more possible than it used to be. Chris Anderson, the editor of Wired Magazine, makes the case that zero — as a price — is here to stay, with a couple of caveats. His new book is called “Free.” Good to have you here.

CHRIS ANDERSON: Thanks, good to be here.

Ryssdal: How does this work, this free thing?

ANDERSON: Well, you know, it’s funny, my kids say, you know, dad, you wrote a book about how stuff can be free on the Internet. Why? Isn’t that sort of totally obvious that bits could be free. And then people my age will say, you wrote a book about how things can be free on the Internet. Are you an idiot? Don’t you realize there’s no such thing as a free lunch. So basically 20th century free was a trick, right? Razors and blades it’s still you pay, 21st century free online is based on the underlying economics of digital stuff, which is that they don’t really cost much.

Ryssdal: Let me see if I can clarify this a little bit. One of your many points in this book is that computing power and bandwidth and the ability to process of information are at the heart of what’s free here.

ANDERSON: It’s because digital stuff is not only cheap but getting cheaper. It’s tending toward zero. Not it never quite gets to zero, but it gets so close to zero that you can pretty much ignore it. This is a unique quality of digital stuff. You know, this has been true for 50 years with processing, but what the Internet did is that it combined Moore’s law processing with equally powerful laws of storage and band width, creating this kind of triple play of deflationary technologies.

ANDERSON: Yeah. Gordon Moore who first spotted this property of semi-conductors noticed that basically for the same price you could have twice as many transistors every 18 months or two years. The economic corollary of that is that a given amount of processing falls in price by half every 18 months to two years. What’s now clear is that bandwidth is falling in price even faster, as is storage. What that means everything you do online, the podcasts that people may be listening to right now, whatever it’s costing you to deliver those podcasts a day, it’ll be 50 percent as much next year. And it’ll drop another 50 percent after that, as long as we can see.

Ryssdal: So close to zero, though, isn’t really zero. And if you’re Google, and if you’re pushing out a billion-and-a- half searches a day, even if every one of those extra searches costs one thousandths of a penny, it still eventually adds up to real money.

ANDERSON: It does. And Google spends billions of dollars on massive server farms and things like that. But the question is not how much does it cost to create the factory, the question is how much does it cost per person per page. And can you make more money per person per page than you’re spending per person per page. And the basic math is this: that we’re getting better at monetizing attention and reputation. These are scarce commodities. There’s only 24 hours in the day, and we only have two eyes, right. So that’s going to continue to be valuable. Whereas information is abundant. It’s going to continue to get cheaper because it’s digital. So you have these two lines, one goes down, the other one goes up, and there’s the model.

Ryssdal: Aren’t you transferring costs though from consumers, right, I don’t have to pay anything for Google to the producers. I mean, they do sort of have to pay.

ANDERSON: Well, you’re transferring to somebody. Question is is it you who is paying. If it’s not you who is paying then it is effectively free. So sometimes it’s advertisers and that’s the basic model. And sometimes it’s what we call “freemium.” This is what the call the first 21st century business model, and this is where maybe 10 percent of the people buy the premium service. And that 10 percent subsidize everybody else.

Ryssdal: This book has drawn some unwanted attention for some of the journalistic issues that have arisen with it. You have been accused of, and you have said rightly so, lifting passages unatrributed from Wikipedia and other published sources. What do you say to that?

ANDERSON: Yeah, absolutely. I used passage from Wikipedia, and some of them were not attributed, and they should have been. My mistake. You know, those of us who write a lot online are very used to citing stuff with simply a link. You can reference something, all you do is hyperlink it, and attribution is given. We live in a messy world right now, we’re trying to figure how to take these online habits that are valuable, and mesh them with these offline habits which are also valuable, while doing justice to all credit involved.

Ryssdal: Chris Anderson is the editor in chief of Wired magazine. His most recent book is called “Free.” Chris, thanks a lot for coming in. 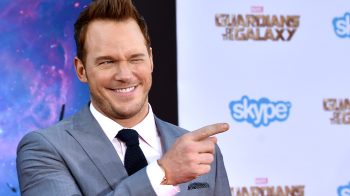 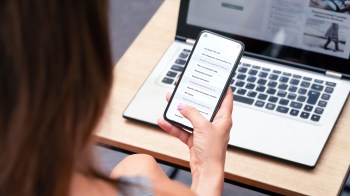