Kai Ryssdal: One person’s financial crisis is another’s business opportunity. We saw that with the bank earnings that started coming out last week. And we saw another in the pages of the New York Times this morning. Subprime mortgage brokers have engineered themselves a new lease on life. Companies that made millions in subprimes are now selling loan modifications to some of those same borrowers who’re now at risk of losing their homes. Peter Goodman is the national economic correspondent at the New York Times. He had the article in this morning’s paper. Good to have you with us.

PETER GOODMAN: Thanks for having me.

Ryssdal: I wanna make sure I have this story right because I saw it this morning, I didn’t quite believe it. These former subprime brokers are now in the loan modification business somehow. It seems almost Kafka-esque.

GOODMAN: Yeah, it’s kinda of an amazing evolution but that’s what it is. I mean, the mortgage market collapsed, and people who got really skilled at working through the financial system to extract nice cuts for themselves, putting people into loans that in frequent cases went bad for the homeowners, had to figure out some new way to make a living. And they followed the money. The money is in what’s known as loan modifications, calling up banks and mortgage servicers and trying to negotiate a better deal for homeowners.

Ryssdal: Is that the sales pitch? Listen, we know how this works, we know all the bad things that happen to you, so we can fix it.

GOODMAN: Very much so. I mean, there are multiple sales pitches. One of them is that exactly. Who knows better than a former mortgage broker then the ins and outs of the nettlesome beast that you’re dealing with and trying to negotiate. But also, a lot of these firms, like the one I wrote about, market themselves as law firms. And that’s partially a regulatory function in states like California where you can’t collect upfront fees unless you’re a law firm. This allows them to say, “Hey, you’re sending us a retainer. So you pay us before anything happens.” But that’s also a sales pitch to the customer. You’re dealing with a lawyer, even though you’re not chances are dealing with a lawyer.

Ryssdal: Is this all legal?

GOODMAN: Well, it’s not legal according to the Federal Trade Commission, which is suing the company that I wrote about and a bunch of other companies. Now, more than a dozen. And there are 23 states that are going after companies that are making, as they say, fraudulent claims about what they can do for people. In some cases, as in California, collecting upfront fees even though they’re not really allowed to do so. Or fronting as law firms even though they’re not really law firms. But there’s a lot of ambiguity there. I mean, if somebody really has a lawyer in charge, like this company FedMod did, then they can argue that they are a law firm. They can collect their fees upfront. And they can market their services the way they did.

Ryssdal: Are these guys actually helping anybody, though? Have they successfully modified loans and kept people in their houses?

GOODMAN: They’ve certainly modified some loans, although it’s very hard to get a handle on what percentage. Anecdotingly, it doesn’t seem to be higher than 25 percent. And that’s assuming that they’re being fairly selective about the cases they’re taking, which is what they say they’re doing. And they’re still only doing maybe one out of four. I mean, some say they’re doing 70 percent, 80 percent, though that’s unsubstantiated. The problem is that the mortgage servicers themselves, as we’ve written about in past stories, just don’t seem all that motivated to go ahead and cut a better deal. I mean, they have to deal with investors who are actually the owners of a lot these mortgages, and some seem to be dragging their feet, as they put it, try to increase staffing, or as critics assert, as they wait for maybe a better deal from the federal government before they go ahead and cut a better deal for the homeowner.

Ryssdal: Peter Goodman is the national economic correspondent at the New York Times. He’s got a book coming out. It’s called “Past Due: The End of Easy Money and the Renewal of the American Economy.” Peter, thanks a lot for your time.

GOODMAN: Thank you very much. 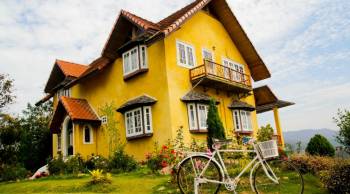