How much longer for the war on drugs?

How much longer for the war on drugs?

KAI RYSSDAL: The U.S. was in Vietnam for more than a decade. Iraq for six years — so far. The war on drugs, though, has been going on for four decades. Forty years ago today President Nixon asked Congress to create a national anti-drug policy. It became the war on drugs in this speech two years later.

PRESIDENT NIXON: America’s Public Enemy No. 1 is drug abuse. In order to fight and defeat this enemy, it is necessary to wage a new, all-out offensive.

Since then best guesses are we’ve spent more than a half-a-trillion-dollars trying to get drugs off American streets.

Ben Wallace-Wells is the national affairs correspondent for Rolling Stone. He covers the drug war for the magazine.

Ben, thanks for being here.

BEN WALLACE-WELLS: Great to be here.

RYSSDAL: What was going on that President Nixon felt the need to make that speech and make this announcement?

WALLACE-WELLS: Vietnam was going on. There were all of these reports that were beginning to filter back from Southeast Asia that said American soldiers were developing very, very bad heroin and marijuana problems. And there grew out of that a sense that a kind of public health emergency was in the offing. When these troops returned to the U.S. they’d bring addictions back with them.

RYSSDAL: And from that we have the Drug Enforcement Administration. We have the Office of National Drug Control Policy, the drug czar’s office. We have, according to things you’ve written, $500 billion spent in the last 40 years. Are we winning the war on drugs?

WALLACE-WELLS: It’s hard to make the case we’re winning. I’d also argue that we need a different metaphor. The way to think about this is not a battle against an opponent we can beat or not. The drug war is a kind of running index of human misery that, you know, the government has some not-negligible ability to impact, if it chooses its policies wisely. The problem that a lot of critics have is that we haven’t always chosen our policies very wisely.

RYSSDAL: But there have been successes. I mean, if you go back to the late ’80s, early ’90s, and the days of Pablo Escobar, I mean, you know, we tracked him down, we got him, and the DEA was riding high.

WALLACE-WELLS: That’s sort of the moment that represents the greatest opportunity we’ve had in the history of the drug war. By the early ’90s, not only had we managed to kill Escobar, but the social scientists who were looking at drug policy and the drug war had begun to come up with some pretty interesting and pretty wise suggestions about how we might better allocate our funds, and how we might sort of reduce that kind of human misery we’ve been talking about.

RYSSDAL: What did they come up with, these social scientists, in terms of how to fight this problem, this enemy.

WALLACE-WELLS: People who look at the drug war tend to group policies into two categories. The supply of drugs coming into the country and then the other side is programs like treatment and prevention that try to reduce demand, try to reduce the market for illegal drugs in this country. What they’ve found sort of consistently over the last 15 years is that, crudely, we need to spend more on demand-side programs and less on supply-side programs.

RYSSDAL: And, in fact, we do spend most of our money on the supply side, right?

WALLACE-WELLS: We spend about two-thirds on buying, you know, fun toys for the Mexican and Colombian militaries and other measures — and that’s a number that’s been rising.

RYSSDAL: And this whole question of drugs and what to do about it is so freighted. It’s got questions of social justice and prison policy and “Just Say No.” I mean, is there a way to agree on how to figure out if we’re doing well or poorly?

RYSSDAL: So what do we do? I mean, if you looked back 15 years, why don’t we try to look forward 15 years and think about what this war on drugs might look like then?

WALLACE-WELLS: We can make marginal improvements, you know. And we know that if you take addicts and you put them through rehabilitation programs, you know, 10 percent, 12 percent of them will go from using drugs very regularly — using cocaine, using heroine very regularly, to not using cocaine and heroine very regularly. And that’s a real improvement. And so, I think over time, I think that we can at least hope that if we do apply the science here that we can begin to make a dent.

WALLACE-WELLS: Thank you so much. 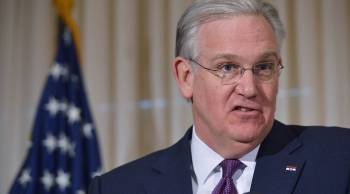