Hospitals get in on health care reform

Hospitals get in on health care reform

Stacey Vanek-Smith: The Justice Department is reportedly looking into possible anti-trust violations by telecom companies like AT&T and Verizon. At issue: that you have to sign up for a certain service to get the handset you want. Like AT&T and the iPhone. It’s all part of the Obama administration’s tough stance on anti-trust issues.

The administration has been working overtime to get industry support for an overhaul of the U.S. health care system. Drugmakers got on board last month saying they’ll spend up to $80 billion over 10 years to reduce costs for seniors. This morning, it looks like hospitals will be next to offer a deal. Marketplace’s Dan Grech reports.

Dan Grech: Today, Vice President Joe Biden is expected to announce the administration’s latest agreement on health care reform. The Washington Post reports that the nation’s three largest hospital associations have agreed to forgo about $155 billion over the next decade.

President Obama has argued that all health care players will need to sacrifice revenue for reform to fly. Meanwhile, congressional Democrats are trying to craft a bill that will cover the uninsured, get Republican support and not break the bank.

All that before the president’s deadline for signing legislation: the end of the year. 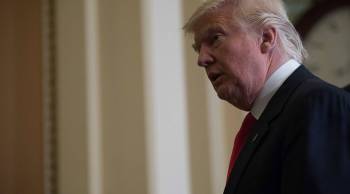 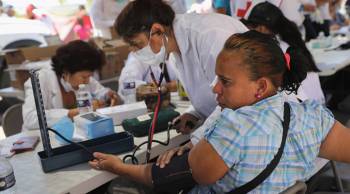 What does public charge proposal mean for hospitals that treat immigrants?