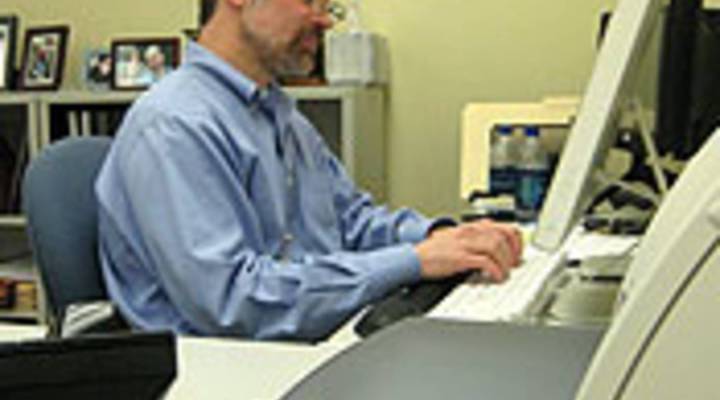 Credit card use is ripe for data mining

Credit card use is ripe for data mining

STEVE CHIOTAKIS: Back when the economy was booming, it seemed like card companies — credit card companies — were pushing a lot credit. Today, not so much. A lot of declines, interest rate hikes and credit-line reductions. So why, and most importantly how, do they do it? It seems the card companies are looking at a lot of data these days: where we live, where we shop, what we buy. It’s called data profiling. And there’s a lot of it going on. Marketplace’s Stacey Vanek Smith reports.

STACEY VANEK-SMITH: When Kevin Johnson got back from his honeymoon in Jamaica last October, he had a letter from American Express. It seems, that honeymoon was over, too. AmEx was slashing Johnson’s credit limit by 60 percent. Not because he’d missed a payment or had bad credit. The letter said:

Letter from American Express: Other customers who have used their card at establishments where you recently shopped, have a poor repayment history with American Express.

KEVIN JOHNSON: When I reached out to American Express, I couldn’t get a clear answer. And so that’s how the journey began.

Johnson started a Web site called: NewCreditRules.com. Consumers compare notes online to figure out their credit got cut. Johnson thinks he got nailed for shopping at Wal-Mart. AmEx denies that, but says it does track how customers use their cards. All of the card companies do it. It’s called data mining. Robert Grossman is the Director of the National Center for Data Mining.

ROBERT GROSSMAN: Data mining uses data to make predictions, oftentimes about what people will do, what will happen, etc.

GROSSMAN: If you have traditionally shopped at a particular type of store for the last 20 years and you’re suddenly there’s a huge change in your behavior, there’s probably a reason.

Other behaviors card companies may see as warning signs? Using your card at a bar, to get your tires retreaded, getting a cash advance. Card companies also buy information on other parts of your financial life. One of the biggest data-sellers is Equifax. Tom Madison manages mortgage services for the company.

Madison says banks want more information and fresher information than ever. Business is up 50 percent over last year. Meanwhile, visitors to Kevin Johnson’s site claim they’ve gotten their credit cut for using their cards at places like Quiznos, Exxon and McDonalds. His advice:

JOHNSON: Watch where you shop and what you purchase. And when you’re in doubt? Use cash.