Is the recession over?

Is the recession over?

When the National Bureau of Economic Research gets around to dating the end of the recession will they pick June as the downturn’s trough? It’s possible that the longest recession since the Great Depression is ending.

The S&P 500 is up about 42% since its the March 6th low. The emerging markets are doing even better. The price of crude oil has doubled since early February to almost $68 a barrell. The recent rise in interest rates reflects a strengthening economy. Home sales are picking up. The banking system is regaining confidence. Consumers have done a remarkable job rebuilding household balance sheets with the personal savings rate at 5.7%, the highest since February 1995. Even the bankruptcy of General Motors is good news since it offers a solution to the automaker’s deep-seated problems (whether it works is a different issue).

Of course, the job market will stay miserable for a long time. And the economy is fragile to setbacks. The question is whether we’re shifting froma period where the “bad news is less bad” to a period when the downturn is bottoming out. I think its the latter. 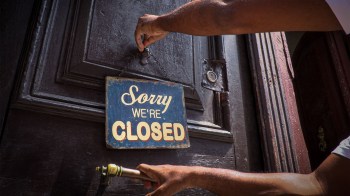