Why savings rate is at 14-year high

Why savings rate is at 14-year high

Kai Ryssdal: One of the reasons traders on Wall Street shook off the news about General Motors today — and shake it off they did — was a report that Americans are saving again. We learned this morning that the savings rate in this country is now the highest it’s been in 14 years. And what’s called the savings level — that’s all of the little piggy banks combined — hasn’t been this high since January 1959. Jill Barshay reports on the new frugality.

JILL BARSHAY: Until a year ago, Americans were adding nothing — zero — to their collective piggy banks. But today the Commerce Department said, as of April, they’re socking away almost 6 cents for every dollar of income.

Not quite the 30 percent savings rate in China. But Bill Gale, an economist at the Brookings Institution, says it’s a start.

BILL Gale: We are suddenly a nation of scared and realistic people. People cut back on their consumption when they realize they are over committed or living above their means.

But Steven Wieting, an economist at Citigroup, doesn’t think Americans are suddenly super thrifty. He says a few things pushed up the savings rate. Like the April tax cuts and our gas bills.

STEVEN Wieting: Just the lower cost of gasoline has resulted in roughly a $200 billion drop in what people would spend.

But the biggest savers may be the wealthy, who’ve taken big hits to their investment portfolios. The Brookings Institution’s Gale says the collapse in luxury shopping may explain a big chunk of this new American thrift. 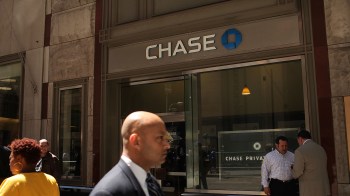