Steve Chiotakis: Hurricane season officially begins on this first day of June. The national hurricane center is predicting nine to 14 named storms. Seven of those could be hurricanes. But there’s also a storm brewing in the halls of Congress about the government’s role in protecting vulnerable coastal communities. From the Marketplace Sustainability Desk, here’s Sam Eaton.

Sam Eaton: Florida representative Ron Klein has reintroduced a bill that would stabilize rising insurance premiums in coastal areas. The bill would create a federal catastrophe fund that would kick in in the event of a major disaster like Katrina.

But Ed Hopkins with the Sierra Club says the program would essentially subsidize insurance premiums in the riskiest places.

Ed Hopkins: Insurance costs have gone up greatly in coastal regions and there’s a reason for that.

Insurers think coastal properties have simply become too risky. Hopkins is part of a coalition of environmentalists and conservatives opposing the bill. Instead, they’re backing an alternative proposal that would use $200 million in FEMA funds to reinforce existing homes to withstand stronger hurricanes. 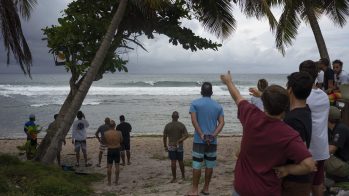