What government stake in GM means

What government stake in GM means

Kai Ryssdal: At a press conference a month or two ago, President Obama was asked about the government’s role in Detroit’s troubles. What kind of shareholder Washington will turn out to be? The kind that’s looking to sell was the president’s answer. And thanks to the New York Times today, we now know taxpayers will have far more of GM to sell off than we’d thought — 70 percent of the company, to be precise. Micheline Maynard covers Detroit for the New York Times. Micki, good to talk to you again.

Ryssdal: I think we were ready, most people, for maybe 50 percent, slight majority ownership of General Motors. Seventy percent that you reported in the paper today. That seems quite a bit more. How did we get there?

MAYNARD: It is quite a bit of a surprise. And the last time we knew General Motors put in a regulatory filing saying that the government would get about half the company, the UAW would get 39 percent, and the rest would go to shareholders and bondholders. Well, the government is going to be put in a lot of money. It sounds like they’re going to put about $50 billion into GM and maybe more than that. And apparently the Treasury decided they wanted to have a bigger stake given the size of the investment.

Ryssdal: Just to be clear this does not mean that Timothy Geithner and the president are going to be sitting on the GM board figuring out what models to sell, right?

MAYNARD: Well, the Treasury is trying to make it very clear that there won’t be government employees running the company, but you could make an argument that the president will have some input into what’s in these company’s line-ups going forward. And I say that because of the fuel economy regulations that were just proposed. We know the president is interested in hybrid cars. He owns a Ford hybrid. And he’s taken a real interest in the industry, something that the industry haven’t seen in recent memory.

Ryssdal: You can see this turning into a real conflict of interest situation, right. I mean, already you’ve got congressman calling the White House Automative Task Force asking to know why certain dealerships got closed. You can see them perhaps being accused of favoring GM or Chrysler over Ford who is not getting any of these bailouts. Where does this 70 percent leave that development?

MAYNARD: Well, we’re in unchartered territory here. People have been drawing a parallel with Amtrack back in, I think it was in the late 1970s, when that was created, basically the government getting into the passenger railroad business. I think they would like to keep their hands off, but you’re right, there’s a ton of conflicts that go on. It would have been the same if there had been a Congressional bailout too; people would be lobbying their members of Congress. As for Ford, I think they might actually get a little bit of an advantage in the mind of the public because they are the company that hasn’t filed for bankruptcy, not that GM has yet but that’s coming. They haven’t taken any federal money, they’ve got cash. They are introducing new products. And seems like the president has gone out of the way to be nice to Alan Mulally, the CEO of Ford Motor Company. So if they can just keep their heads above water and just keep moving forward, they might just leave a trial of all this behind them.

Ryssdal: Is there any doubt in your mind that GM will file for bankruptcy some time between now and Monday?

MAYNARD: No, I think it’s pretty much a foregone conclusion. The only thing that could happen is that there could be a delay because this is a very complicated case. And it’s something that the bankruptcy world has never seen before.

Ryssdal: All right, well, given that then, is Monday just going to be anti-climatic?

MAYNARD: Not at all. Because you know it’s one thing to talk about something as an inevitability and another for it to actually happen. I think, the day that I write the lede of the story that says General Motors filed for Chapter 11 bankruptcy. I mean, you stare at the computer screen and go gee, this is really happening. 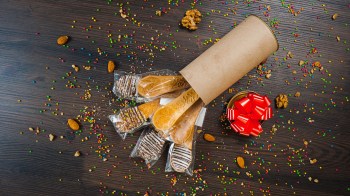