Target Corp. is one of the biggest retailers in the country with 1,699 stores.

After Dayton’s death in 1950, the company began to expand. Dayton’s son became president and led the merger between Dayton Company and the J.L. Hudson Company, opening the world’s largest shopping mall in suburban Detroit.

After its success, Dayton Company built a mall on 500 acres outside of Minneapolis, which would become the nation’s first fully enclosed shopping mall.

In the 1990s, Target became a retail giant known for offering style at discount prices. The decade saw the opening of Target Greatland stores and SuperTarget. 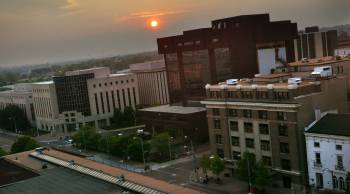