Kai Ryssdal: Last week was Dream week on the program. How the recession and the financial crisis are changing the traditional vision of the American Dream, of home ownership, and a sound retirement, and education as a way to get ahead. Sarah Gardner kicked off our series, “The Next American Dream,” by explaining that spending 4 or maybe 5 years as an undergrad doesn’t set you up the way it used to.

SARAH GARDNER: Economists say a bachelor’s degree is no longer the ticket to middle-class security that it once was.

Krishnan Chittur wrote to disagree — in part. Make that Professor Chittur. He teaches engineering at the University of Alabama, Huntsville. And he says how much you get out of a bachelor’s degree, depends on which bachelors you get.

KRISHNAN CHITTUR: There are still a few undergraduate degrees that are terminal where students do not have to get a master’s; these include degrees in chemical, electrical, mechanical and civil engineering. Over the years, I feel universities have cheapened the undergraduate degree, but at least in engineering we’re holding the line in these four disciplines.

And holding the line pretty well for a recession, too. Chittur says one of his recent graduates has a new job bringing home $60,000 a year.

We heard from commentator Kay Hymowitz, too. She recommends majoring in design. The economic engine of the future, she calls it. That message made Arlene Wites’ job a little bit easier. She’s the communications director at the Art Institute in Fort Lauderdale, Fla.

ARLENE WITES: I have passed this on to our admissions and career-services personnel. It might help them when explaining to a parent, yes, your child really can make a living in a creative profession.

We also suggested that a key part of the Next American Dream might be renting. Dan Potter from San Jose, Calif., was a renter until he bought a condo two years ago. Now he’s $135,000 underwater on a place he paid $300,000 for. But the problem isn’t just the money.

DAN POTTER: It’s that I’m tied to my house. If I want to change jobs, I can’t go any further than I’m willing to commute. If I decide to get married and have children, we won’t be able to move into a bigger place. If freedom is something Americans care about, then the American Dream looks a lot like renting.

Last week was the beginning of the end for almost 2,000 Chrysler and General Motors dealerships, including Dan Amaral’s family business: Amaral Motors in Newtown, Conn. Amy Scott brought us his story on Friday afternoon.

Over the weekend we heard from Allen Hubbard. He’s the parts and services director at the competition, Bruce Bennett Nissan in nearby Wilton, Conn. He wrote to give Dan and the other dealers who are going to be closing their doors a tip of the hat.

ALLEN HUBBARD: He is representative of hundreds of other entrepreneurial dealers who have been the backbone of American small towns. And this is the end of an era. 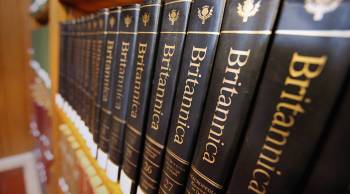