If I had a bulldozer

If I had a bulldozer

It should come as no surprise that housing starts hit a record low last month. There are so many unsold homes, foreclosed houses and empty apartments, that new construction should be zero. I’m amazed that construction of new single-family homes actually ticked up in April. The record low came mostly thanks to the lack of apartment building.

Since homebuilders are in the business of building new homes, I suppose they feel have to keep doing what they do. But if this were Sim City and I was in charge, I’d say stop building. I’d be denying permits and using the little bulldozer icon and telling my people to devote their resources to renovating existing homes, consolidating neighborhoods (like Flint, Michigan wants to do) and in general, shrinking cities instead continuing to expand them endlessly. It seems like a good time to be doing that.

I sense that homebuilders are trying to hang on until the demand comes back. They’re talking mergers and cutting prices. From Bloomberg:

Then adapt. And that goes for city planners too. 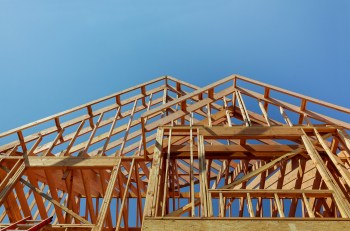