INTRODUCTION: The recession has been a wake-up call for Americans who weren’t preparing adequately for retirement. Alicia Munnell, director of the Center for Retirement Research at Boston College, talks with Kai Ryssdal about the changing picture for older workers.

Kai Ryssdal: Is it your sense that a lot of people out there are really seriously worried about retirement now?

ALICIA MUNNELL: Oh, I think they are. Even before this crisis happened, we were hearing a lot about people who felt they were not prepared for retirement. And surveys show that people have a lot of anxiety about their ability to support themselves in retirement.

MUNNELL: The key issue is what came out in your story: Do you want to maintain the lifestyle you’ve had while you were working? And if you’re going to do that, that requires a lot of money. And we’ve done an analysis that indicated that more than 40 percent of households would not be able to maintain their lifestyle. Your person decided to change lifestyles and that’s one of the adjustments you can make. You can do more on the money side, or you can do reductions on the expense side.

Ryssdal: Doing more on the money side. You mean work longer, right?

MUNNELL: For older people, the only real option to improve their financial resources is to work longer. People who got caught in this downdraft in their 50s simply don’t have time to increase their savings by an amount that would be sufficient. Your savings rate would have to be so high that you wouldn’t have enough to live on. So the only option is to stay in the labor force longer. And your woman, she decided to do two things: She reduced her expenditures and decided to work longer, but decided to work longer at a job from which she got enormous satisfaction. And we’ve seen that in other studies, that people in their 50s and 60s, when they shift they almost inevitably shift to a job where they’re paid less, but in terms of satisfaction they’re much happier.

Ryssdal: Is it something that can be solved by sitting down with a spreadsheet, and you and your spouse literally spending some time going over these items?

MUNNELL: I think it’s really important to do the very simple exercise of figuring out how much money you’re spending now. A lot of people don’t know that. And then looking at where you’re spending it. And to see if there’s sort of easy ways of cutting back. Or if cutting back really means cutting into the bone. And there a major change may be less painful then staying where you are and sort of nickel and diming yourself.

Ryssdal: This is kind of a tricky notion. But is it possible that the recalibration of lifestyles that some people are having to do because of this recession might actually help them out when it comes to retirement time?

Ryssdal: What happens, though, if we go back to our old spendthrift ways in 18 months when the economy is at least a little bit better?

MUNNELL: If we revert to our old ways of buying things on the spur of the moment and thinking that we can stop working whenever a new, young boss comes in who we don’t like, then people are going to be in real trouble in retirement. Because Social Security is going to provide less going forward, even under current law. The balances in 401(k) plans are modest and have not been increasing dramatically. And people don’t have much other savings other than their house. And houses have also taken a real hit. If we’ve learned some flexibility, that will make retirement much easier. If we go back to our old ways, retirement is going to be a real challenge for a lot of people.

Ryssdal: Alicia Munnell, thank you so much for your time. 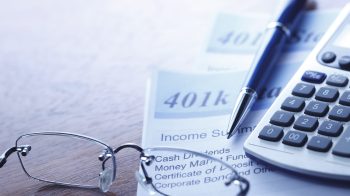