BILL RADKE: The Obama administration has just announced a new plan to help homeowners avoid foreclosure.
Now, it would not keep the homeowners in their homes. But it may help them stay in the housing market. Marketplace’s Jeremy Hobson joins us now live from New York with more. Good morning, Jeremy.

HOBSON: Well they talked about the effort so far to aid struggling homeowners. They said about 55,000 homeowners have taken advantage of government programs to modify their loans and refinance their mortgages. Clearly though that’s not enough. There was a private company that said yesterday that foreclosures jumped more than 30 percent last month over a year ago.

So this new plan announced today would allow homeowners to sell their homes for less than the value of the mortgage and basically walk away, or they could make a deal with the lender so that they can walk without going through foreclosure. The lenders will be enticed into this with the help of more money from the government.

RADKE: So this doesn’t help homeowners keep their homes, it’s just from going through foreclosure proceedings. What’s the point of that?

HOBSON: Right, well one of them is to speed the process along. Foreclosures can take a long time. They can be costly for all the parties involved. Also, there’s a worry on the part of the administration that as unemployment continues to tick up — as the economy gets worse, if it does — more people are going to have trouble paying their mortgages, which just drags this housing market down even further at a time when many of the other government rescue programs depend on the housing market rebounding. So this plan would let homeowners who can’t pay their mortgage basically walk away, but keep their credit score good. And good enough to get financing for a new house. 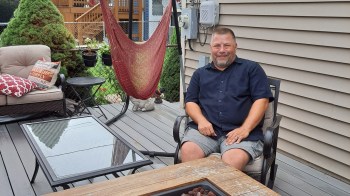