COPY
The Next American Dream

Kai Ryssdal: If it’s not a straight bachelors degree then, what might be the best education to help someone realize the next American dream? Consider two equally bright but completely different high school seniors. One’s the captain of the debate team with straight A’s. She’s on her way to Yale. The other’s a B student who’d rather draw than study. Commentator Kaye Hymowitz says design is the economic engine of tomorrow.

As consumers demand more for their money, design has moved from a decorative sideshow to center stage in the business world.

But the new design economy isn’t just about industrial, graphic or set designers anymore. Now there are animators, computer-user-interface, video-game, and even info-graphic designers. They turn complex data into intuitive visual displays like “clouds” of popular words on Web sites, and interactive maps of everything from traffic patterns to the spread of swine flu.

Ever heard of a design anthropologist, like the specialists Microsoft sends out to developing countries to see how people use technology?

How about an experiential designer? That’s someone who shows businesses how to improve the sensory and emotive experience of their product. New York firm ESI, for instance, refitted Best Buy’s echoing warehouses into a series of appealing, village-like interactive spaces.

Labor Department statisticians have yet to catch up, but design trade groups say they have seen big jumps in their ranks.

AIGA, the professional association for design, for instance, notes a tripling in the number of graphic and multimedia designers since 1990. Over 40 new design trade schools have opened in the past 15 years.

It’s true that workers in the design economy are hurting right now like everybody else. But that’s no reason to become an accountant. Good design is no longer a luxury. It’s creating better value and simpler ways to understand a more complex world.

The right people for these jobs tend to be resourceful, independent workers, always finding new problems to solve and new niches to explore.

If that sounds like you, think design. Remember, a good right brain is a terrible thing to waste.

Kay Hymowitz is a senior fellow at the Manhattan Institute and a contributing editor of City Journal. 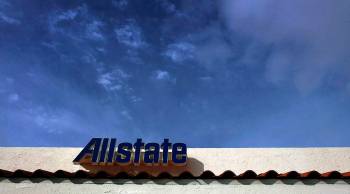 How to be a jewelry designer