Why your office should clean the fridge

Why your office should clean the fridge

You don’t want this to happen. Seven workers at an AT&T office in downtown San Jose were hospitalized because one of their co-workers finally decided to clean out the fridge. The gesture made 28 other people nauseous. All 325 people in the building were evacuated. A hazmat team was called in.

What they found was an unplugged refrigerator full of moldy food.

The worker who decided to clean it out put the rotten food in a conference room while she scrubbed the fridge with cleaning chemicals. The combination of smells was just too much for other humans to endure. Lucky her, she couldn’t smell any of it. She had just undergone nasal surgery for severe allergies.

I’m wondering if she used to work at Marketplace, where in the past, a nose could be permanently damaged by opening the fridge. For a while, the protocol seemed to be that the fridge was left alone to fester and grow unidentified species until it crossed a certain threshold of foulness. On that day, somebody would send a ranting email or run screaming through the halls that everything had to be tossed instantly. Thankfully, no one was injured, that I’m aware of.

Now we have a “clean the fridge” sign-up sheet.

But let this be a warning. Have you checked your office fridge lately? 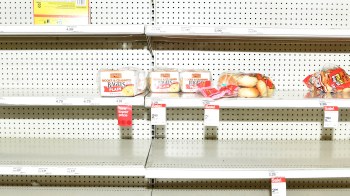