Homeownership and immigrants and minorities

Homeownership and immigrants and minorities

An important new study looks into homeownership, minorities and immigrants over the past decade and a half. In Through Boom and Bust: Minorities, Immigrants and Homeownership by Pew Hispanic Center researchers Rakesh Kochhar, Ana Gonzalez-Barrera, and Daniel Dockterman found the U.S. housing boom and bust generated greater gains and larger losses for minority groups than it has for whites.

That’s not so surprising. But I found these results particularly striking.

1) Overall, the ups and downs in the housing market since 1995 have reduced the homeownership gap between whites and all racial and ethnic minority groups. However, a substantial gap persists. As of 2008, 74.9% of whites owned homes, compared with 59.1% of Asians, 48.9% of Hispanics and 47.5% of blacks.

3) The explanation for the relatively modest impact of the recent housing market turmoil on immigrants appears to lie in the changing characteristics of the foreign born. Among other things, the typical immigrant in 2008 had spent more years in the U.S. and was more likely to be a U.S. citizen than was the typical immigrant in 1995. Those factors, strongly associated with higher rates of homeownership, appear to have mitigated recent troubles in the housing market among immigrants.

Taken altogether, this raises a question: The assumption has been that the rise in homeownership among minorities and immigrants was a mistake. These are people with low, fragile incomes that shouldn’t have bought homes. But going through the data I wonder if the far bigger problem was the subprime mortgage itself? In other words, homeownership wasn’t a mistake (at least for many) but the mortgage instrument guaranteed failure. 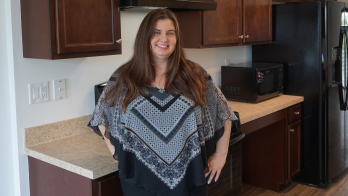