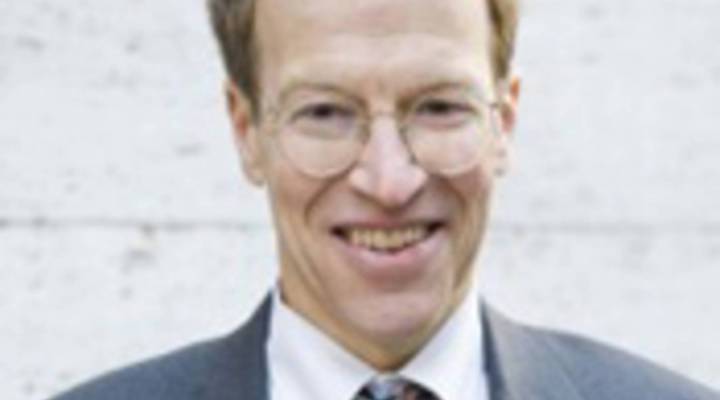 Is infinite debt to blame?

Is infinite debt to blame?

TESS VIGELAND: Well everybody wants to know who’s to blame for this financial mess we’re all in. Was it the bankers? The regulators? Regular Joes and Janes who just way overextended themselves? Labor lawyer Thomas Geoghegan has another theory that he wrote about in the April issue of Harpers Magazine. Welcome to the program.

Vigeland: Your article is called “Infinite Debt.” And your argument is that the legalization of super-high interest rates, usury, is at the root of all this. Take us through your argument.

Geoghegan: From the beginning of the dawn of human civilization up until the Reagan era, there were always caps on the interest rates that banks could charge. But even in our own modern era, economists from Adam Smith to John Maynard Keynes all wrote about how it’s important to keep returns to the financial sector low so that you don’t have money gushing out of manufacturing and the areas of our economy that make us globally competitive, that feed on technological developments, and going into well, what is kind of a parasitical, usurious form of capitalism, which is the finance sector. That’s what I was basically trying to get at — that when we deregulated interest rate caps and let interest rates that had been capped historically in our country at nine percent, eight percent, seven percent even, to go as high as 20, 25, 35 percent on credit cards, we really gave the financial sector the chance to suck capital out of manufacturing. That’s what has brought about this catastrophe.

Vigeland: When you say that high interest rates sent money gushing out of the manufacturing sector, explain that tie for me. How does that happen. How does one lead to the other?

Geoghegan: We became addicted to very, very high returns in the financial sector. We have an economy where we had too much money going into Chase and Lehman and Bear Stearns — no longer with us — and not enough to GMs and Chryslers and satellites of those big companies. History is a turf war between manufacturing, labor and banking. We don’t have much of a labor movement anymore to put a claim on the national output. And manufacturing, after the deregulation of the interest rate caps that had historically applied to finance, began to lose out too so that all we had left was a financial sector that everybody, in one way or another, has been working for.

Vigeland: Well, you made the argument that lenders wanted us all to be irresponsible. You know, the worse off the borrower, the more the bank made in interest. But you can’t believe it was a conscious strategy?

Geoghegan: If you go back and see the movie “It’s a Wonderful Life,” Mr. Potter, the bad guy in the movie, is always being very difficult about loaning any money to people. Even small amount, because the old mantra was the loan must be repaid. And the reason the loan must be repaid is that Mr. Potter in that movie, God bless him, isn’t making that much off of the people; he’s under very tight restrictions, probably getting seven or eight percent on these loans, at most.

Vigeland: So now he would be the good guy?

Geoghegan: Now Mr. Potter is probably sending out credit cards unsolicited, because the 12-year-olds who are getting these from Mr. Potter could be running up interest rates of 25, 30 percent. You know, which mount up very quickly. So Mr. Potter doesn’t really want the loan to be completely repaid; he loves the accumulation of interest at this level. And if you’ve got a country of Mr. Potters like this, people are going to be looking for the big returns to which the financial sector got addicted to once we deregulated usury.

Vigeland: Well, these days it’s become much harder to get credit, so we’re theoretically not paying as much interest — you can’t pay interest on credit you don’t have, or can’t get. But, do you believe that this situation, the current situation, will remain? Will we become a nation of Mr. Potters again?

Geoghegan: Tess, at the moment that’s the whole point of the stimulus plan, to get us back to where we were before — a debt-fueled country that lives off credit. Unless we decide that we’re going to make a concerted effort in this country to start making things, investing things and going back to the old kind of capitalism that did exist in Mr. Potter’s day, which happened to be Franklin Roosevelt’s day as well.

Vigeland: Well, you do have some ideas about how to solve this that you outlined in the article, and your solutions are not about bailing out the banks.

Geoghegan: Pass a law against usury, that’s No. 1. Have each of the 50 states charter banks that would issue credit cards at rates that are much lower than what private banks charge. Put public guardians on the board of directors of the banks that we are bailing out right now. And finally, I’m very big on the idea that we’ve got to inject equity into people and not just into banks. So those are my basic points for getting out of this world where we’re all in debt to the banks.

Vigeland: Alright. Thomas Geoghegan is a labor lawyer in Chicago, and his article “Infinite Debt: How unlimited interest rates destroyed the economy,” appeared in Harper’s Magazine last month. Thank you so much. 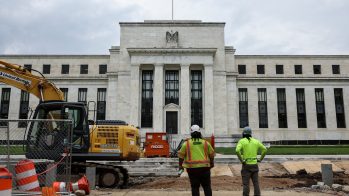