Kai Ryssdal: There’s a company in South Florida that’s got a new product it says could revolutionize how food is grown in this country. Smart Grow, it’s called, is all natural. It’s inexpensive. It eliminates the need for pesticides, so it’s environmentally friendly. But it might still be a tough sell as Marketplace’s Dan Grech explains.

DAN GRECH: I’m with Blair Blacker, CEO of the company that makes Smart Grow. He’s taken me to a nondescript warehouse in Florida City, where the miracle product is stored.

BLAIR BLACKER: Come on in.

GRECH: Well, you know, the first thing I notice when I walk in here is there’s a little bit of an odor.

BLACKER: A little pungent odor, which is the odor of money, as far as we’re concerned.

Actually, it’s the odor of human hair. This warehouse is stacked floor-to-ceiling with hundreds of canvas bundles, shaped like giant sausages, filled with hair. The hair was boiled and sanitized before it was weaved into mats by needle-punch machines.

BLACKER: So you have approximately 10,000 pounds of hair in the warehouse that you’re looking at.

GRECH: How much money is this hair worth?

BLACKER: This entire inventory is valued roughly at $400,000.

You can buy circular mats of hair, measuring 6 to 14 inches, that you place around plant stems. Or you can buy the mats as a roll. The hair crowds out weeds, conserves water, and supplies nitrogen and micronutrients. Plant pathologists at the University of Florida have found the mats eliminate weeds better than leading herbicides.

Farmer Harry Grafe was skeptical when a Smart Grow salesman first made the pitch. But Grafe gave it a try on an acre of sorrel plants. He spent a few hundred dollars on mats. And he went from sending a crew to weed four times a year to not weeding at all.

In controlled experiments, University of Florida researchers have found that hair mats can also make plants grow up to 30 percent larger. Grafe tried his own experiment on a row of bitter gourds.

The hair mats are made in China. But not because of cheap labor. In China, hair is a commodity, used in wigs and even as an additive in food. While American barbers sweep hair into the trash, Chinese haircutters sell their trimmings to brokers. Blair Blacker says Chinese hair is also more nutrient rich because it’s not as treated as Western hair. That means Smart Grow hair mats, which have the consistency of a soft brillo pad, come in just one color: black.

BLACKER: There is a slight nutritional difference between blond hair and black hair, but as far as a plant is concerned, they wouldn’t notice the difference.

GRECH: Which is more nutritional?

BLACKER: Blond tends to be slightly less nutritional. Slightly. I’m not going to say a word.

Smart Grow packs retail for $4 at the Smart Grow Web site. The mats pulled in $300,000 in sales last year. They’ve also sold on cable shopping channel QVC and at Wal-Mart. Since 2003, more than two million have been sold. But Blacker says it can take a lot of advertising to get people past the ick factor.

BLACKER: If you’re selling to people who are eco-minded, earth friendly, it’s a natural product. And they jump on it. If you’re with people who for some reason have a negative fetish towards hair, then no matter what you do they won’t get over it. 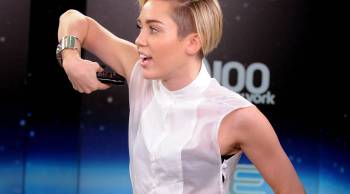