Corning to laid-off workers: Come back!

Corning to laid-off workers: Come back!

Kai Ryssdal: We dug way down deep into the business news today and we found some good news. It comes courtesy of Corning, the New York-based company that makes specialty glass and fiber-optic cables. Corning is actually bringing back some of the workers it laid off a couple of months ago. The company says that’s due to increased demand for its products, like glass for flat-screen televisions. We asked Marketplace’s Mitchell Hartman to find out whether this could be a sign of more rehiring to come.

DAN COLLINS: We wouldn’t describe it as a recovery by any means at this point.

That’s Corning VP Dan Collins. He says the company got a large order from China, which is building broadband networks as part of its economic stimulus. He says right now, there’s not enough new work to bring back the rest of the 3500 workers the company has laid off.

COLLINS: We’re at the point where we need to see growth in order to sustain what we have at the present time. We don’t foresee ourselves as having cut too much, yet.

But some companies just might have laid off too many workers, says management consultant Peter Cohan. Especially if they expect to get work from our government’s stimulus.

PETER COHAN: The question really is whether companies were overly pessimistic in their demand forecasts, and will find that they need to hire people at a faster rate.

Cohan points out companies don’t want to lay off workers only to hire them right back. It’s expensive. Economist Brian Bethune of IHS Global Insight says another danger is not rehiring quickly enough.

BRAIN BETHUNE: There can be problems when capacity is reduced too far, and then you’re caught short when demand picks up.

Bethune says that’s what happened in 2001. Manufacturers laid off too many workers during the recession. Then they couldn’t rehire and produce fast enough as the economy roared back in 2003.

Bethune thinks when the economy does recover, and announcements like Corning’s are commonplace, job growth will come first in technology and construction. 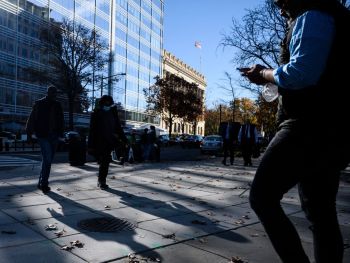