The last thing we need in a deep recession is a flu epidemic. Of course, given the usual overreaction that comes with any kind of animal-related flu, I’m sure we’ll stop it in its tracks, thanks to Matt Drudge. Other things to read:

Live-blogging the GM News Conference (NYT)
A few minutes ago, G.M. said what everybody expected: it is killing the Pontiac brand. It expects to go forward with four brands — Chevrolet, Cadillac, GMC and Buick. Some analysts think all G.M. needs is two — Chevrolet and Cadillac — since Japanese companies, like Toyota, Honda, and Nissan, primarily have two brands in the United States. But to put this in perspective, G.M. will now have fewer brands than it did when it started in 1908.

The Busting of Bank of America (WSJ)
Evaluating the policy of Messrs. Bernanke and Paulson on their own terms, this transaction fundamentally increased systemic risk. In order to save a Wall Street brokerage, the feds spread the risk to one of the country’s largest deposit-taking banks. If they were convinced that Merrill had to be saved, then they should have made the public case for it.

Are banks struggling, or scamming? (The Nation)
Another possibility is that the banks may have found new ways to steal money, which is more profitable than lending it. The banks’ conduct has been so devious, so mendacious, so shifty and so dishonorable that you cannot rule out any kind of sharp practice. You just can’t trust the bastards.

Money for Nothing (Krugman/NYT)
So why did some bankers suddenly begin making vast fortunes? It was, we were told, a reward for their creativity — for financial innovation. At this point, however, it’s hard to think of any major recent financial innovations that actually aided society, as opposed to being new, improved ways to blow bubbles, evade regulations and implement de facto Ponzi schemes.

100 DVDs on ONE disc? (NYT)
The promising work by the G.E. researchers is in the field of holographic storage. Holography is an optical process that stores not only three-dimensional images like the ones placed on many credit cards for security purposes, but the 1’s and 0’s of digital data as well.

Is Conde Nast shutting down Portfolio mag? Yes, sounds like it. 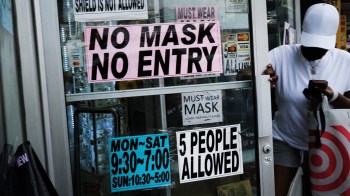