Work for free, but make a difference

Work for free, but make a difference

As the unemployment rate has gone up, so has the number of people volunteering. In March, Americorp said applications almost tripled. And this week, the President rewarded the program by tripling it in size over the next 8 years.

It’s part of a $5.7 billion service bill named after Senator Ted Kennedy. From the Boston Globe:

The service law expands ways for students and seniors to earn money for college through their volunteer work. It aims to foster and fulfill people’s desire to make a difference, such as by mentoring children, cleaning up parks or buildings and weatherizing homes for the poor…

AmeriCorps offers a range of volunteer opportunities including housing construction, youth outreach, disaster response and caring for the elderly. Most receive an annual stipend of slightly less than $12,000 for working 10 months to a year.

Even though that’s not much money, it’s something when there are no jobs to be had. Plus, of course, the benefit to the community.

$5.7 billion is a lot of money, and Americans are pretty good about volunteering anyway, so you could argue this spending isn’t necessary at a time when the budget is swelling.

But encouraging service is one of those things the government should do and actually can do well. The President has nominated Nike Inc. vice president Maria Eitel to head up the federal agency, the Corporation for National and Community Service.
I’ll be interested to see where she takes this.

If you want some volunteer inspiration, check out the new video series, Volunteer Nation: 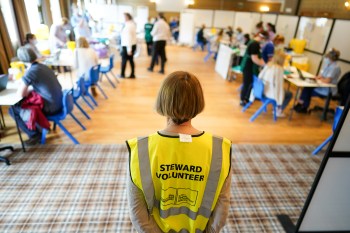 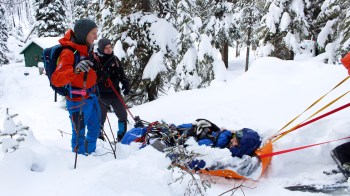