Kai Ryssdal: The old adage that a little deadline pressure focuses the mind proved true once again today. Chrysler was the beneficiary this time. It has, by the government’s calendar, six days to get its financial house in order. April 30 is when the president has said he’ll cut them off.

Speculation’s been building for a couple of days now that a bankruptcy filing is right around the corner. But Chrysler’s investors put the brakes on that today. Marketplace’s Jeremy Hobson is on the automotive desk in New York. Hey, Jeremy.

Ryssdal: A lot happened today with this Chrysler story. What’s the latest?

Hobson: Well, Chrysler’s biggest problem right now is about $7 billion in debt to banks and hedge funds. And the two sides are now narrowing in on a figure. So the first offer from the government was for Chrysler to pay back a billion dollars of that debt and give the lenders a five percent stake in the company. Lenders said no, how about you give us four and a half billion and give us a 40 percent stake in the company? Now the latest offer today is reported to be $3.75 billion and still a 40 percent stake in the company. Now Kai, the lenders do have the upper hand here, because their loans are backed up with collateral — like brands and factories — so they might actually get a better deal in a liquidation, which Chrysler and the government are desperately trying to avoid at this point.

Ryssdal:Can we say though, Jeremy, that Chrysler is saved and bankruptcy is off the table?

Hobson: Well, if this deal is agreed to, then bankruptcy would be off the table for the moment. But, Chrysler is not necessarily saved. Most people agree that the company is not viable in its current form — it’s got too much capacity and obligations to its workers and retirees that are simply too big. And remember that the No. 1 thing Chrysler is able to give stakeholders in exchange for concessions is stock in the new company. Now here’s what Steven Gross, who chairs the automotive group at McDonald Hopkins outside of Detroit, told me today.

Steven Gross: What the lenders are saying is you’re giving me some cash and some equity. This equity is no good unless the new company has a realistic chance of, you know, paying me some dividend or some return on this equity.

Hobson: And for that to happen, he says Chrysler has got to have the ability to shed some of its liabilities and unwanted products, which would be a lot easier in bankruptcy court.

Hobson: Well, there’s a debate about that. The argument all along has been that if Chrysler goes into bankruptcy, is could be liquidated, which would be not just bad for Chrysler, but bad for 2,000 dealers around the country, for auto parts suppliers that make parts for Chrysler vehicles. But the idea here is to get into more of a reorganization that will allow Chrysler to deal with its obligations, change some contracts, and emerge as a new Chrysler. Here’s what auto industry analyst Jesse Toprack at Edmunds.com told me today.

Jesse Toprack: What needs to be done here is to fundamentally change the way Chrysler operates and align their production with the actual consumer demand, get rid of excess capacity, get rid of the vehicles that people don’t want to buy, and emerge as a stronger, more financially healthy company.

Hobson: And that, he says, would be easier in a bankruptcy court.

Ryssdal: Jeremy Hobson, in New York. We’ll call you Jeremy, next week, when that deadline really looms. Thanks a lot. 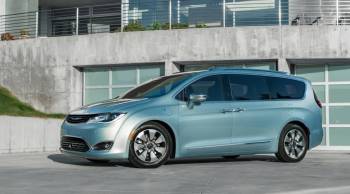