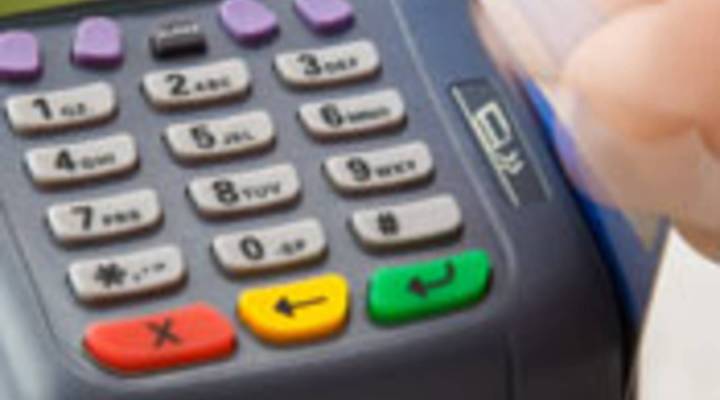 Credit defaults may be next big problem

Credit defaults may be next big problem

Kai Ryssdal: President Obama is having another of his sit-downs with bank executives tomorrow. No bonuses and bailouts this time, though. Tomorrow it’s going to be credit cards and all those fees and restrictions the big card companies hit consumers with. Marketplace’s Stacey Vanek-Smith has more now on what could be the next big thing to hit this economy.

STACEY VANEK-SMITH: First came foreclosures, now come the credit-card defaults. Credit-card companies are writing off more bad debt than ever, and the delinquency rate has soared past 6 percent. Robert Manning is the author of “Credit Card Nation.”

ROBERT MANNING: When the first bubble of housing burst, the ability now for people to pay down their credit cards through mortgage refinancings are gone.

Manning says banks rely heavily on credit cards for profits. With default rates rising and consumers spending less, banks are trying to squeeze as much money as they can out of cardholders. Nick Bourke heads up the Pew Safe Credit Cards project. It just completed a two-year study of the credit-card industry.

NICK BOURKE: We found that all of them used practices, which the Federal Reserve has recently deemed unfair and deceptive.

Things like jacking up consumers’ interest rates and fees with no notice. That’s what happened to retired schoolteacher Iris Rosenberg. The Miami resident paid off most of her credit-card debt and always met her minimum payments. Even so, Bank of America more than doubled her interest rate to 29 percent, and American Express canceled her card.

IRIS ROSENBERG: I had just paid them a large amount toward what I owed, almost all of it, and then to be canceled. It’s like they got my money and that was it. I mean, they just totally dumped me.

Momentum is building on Capitol Hill to reform the credit-card industry. Two such bills are working their way through Congress and new credit-card regulations will kick in next year.