The TARP backlash is in full swing

The TARP backlash is in full swing

Many banks are sick and tired of TARP and want to give their money back. Not only that, they’re protesting the government’s requirement of paying 5% interest on the loans.

The American Bankers Association sent letters to the Treasury and FDIC saying banks should be allowed to give the money back without “what amounts to a prepayment penalty.” From Fox News:

The group argued that the purpose of the government’s initial request for a 5% return of its initial investment in the banks was predicated upon the assumption that the banks would need the money for several years. Since these banks have held government capital for several months, the association argues that they should not have to pay the loans back with 5% interest.

“For a very short term investment, this amounts to an onerous exit fee, not a proper return on investment,” the letter said.

The ABA says it’s not trying to zap taxpayer money, but rather get out of a plan they agreed to but now loathe. The letter says when banks went along with TARP, they had no way of knowing that “a program designed to shore up public confidence in banks would have precisely the opposite effect in many cases.”

Some banks don’t seem to care about the 5%. They just want out. The CEO of Shore Bancshares of Maryland told CNSNews the Treasury has given the bank the okay to return its $25 million loan:

“We have heard, we got approved, we’re paying it back today,” said Vermilye. The biggest reason for returning the funds, he said, was the public perception that the banks taking TARP money were weak banks that were getting bailed out.

“Number two, they [Treasury] changed the rules after the game had started and made the rules retroactive,” said Vernilye. “The basic feeling was that Congress might change these rules anytime they felt like changing them.”

Another regional bank, Minnesota’s TCF Financial, has also applied to give its money back, but that was 45 days ago, and still no word from the Treasury. It’s only supposed to take 30 days.

(TCF spokesman Jason) Korstange said that changing the rules of TARP and demonizing banks that participate in it ultimately hurts the government’s own efforts, because the TARP program is the best recovery program the government is offering.

“It’s the best thing the government has going for it right now, as a matter of fact, [because] it’s not given to the bank, it’s a loan,” Korstange told CNSNews.com. “We’re paying dividends on it. They’re getting 5 percent. To be perceived as this ogre that’s out there gobbling up all this tax money is just wrong.”

I don’t blame these smaller banks that didn’t want or need the money for being upset about the way the government has handled this thing. It’s particularly a mess because it started under Bush/Paulson and now it’s Obama/Geithner in charge, and Congress got involved, so the rules have changed.

But since the banks agreed to the 5%, they need to let it go. If public perception is a big issue, stop whining, give the money back and go about your business. 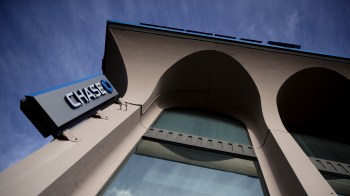