Bill Radke: This recession has been lethal for malls — just way too many empty storefronts. One company that has been thriving in shopping malls is the language-instruction business Rosetta Stone. You might have seen one of their many kiosks in a mall near you. Later today, Rosetta Stone will hold its initial stock offering. Yes, they’re going public today, in one of the worst bear markets in years. Marketplace’s Jennifer Collins tells us why.

Jennifer Collins: Ilianna Vaca is one of 25 students facing a quiz on Rosetta Stone software today.

Vaca: I got that right.

Right now, Rosetta Stone is facing a test of its own. The company sells software to the military, schools and consumers who want to learn languages from Arabic to English. And it’s been pretty successful. Since 2007, its profit has more than quadrupled. And now, Rosetta Stone wants to sell stock worth about a third of the company.

David Menlow has advised businesses about their IPOs for 20 years:

David Menlow: Unless there is a compelling reason why they need to get this money into their accounts now, my advice would be do not sell your stock now.

Rosetta Stone hopes to raise more than $50 million with this public offering. Menlow says it could double that — if it only waited.

But there are reasons to list now. The money raised with the stock sale can be used to pay off debts — or, tech analyst Rob Enderle says, to buy up competitors.

Rob Enderle: If they can time it right and it’s a good one, then 10 years from now they might be the only major player in the segment. Sometimes it’s worth taking a major risk for that kind of an outcome.

There’s just one problem: Enderle says Rosetta Stone may not be well-known enough to generate the kind of buzz that gets people buying. And if it doesn’t open well, buyers are so skittish it could hurt the IPO market for others. 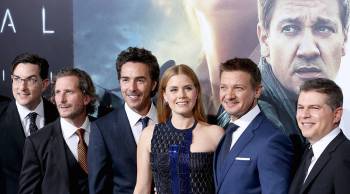