Going beyond the tax haven blacklist

Going beyond the tax haven blacklist

Bill Radke: The tax deadline’s behind us now, and I’m sure that you were 100 percent compliant. Sadly, not everyone is as helpful — our government loses an estimated $100 billion every year through tax evasion. At the G-20 summit in London a couple of weeks ago, the U.S. and other big economies promised to crackdown on tax havens. But campaigners meeting last night in London said the crackdown was not tough enough. From London, Stephen Beard has more.

Stephen Beard: The G-20 set up a blacklist for tax havens that refuse to mend their ways. If they fail to toe the line before the end of this year, they could be hit with economic sanctions.

But that is just one small, tentative step in the right direction, says Adam Lent, a labor unionist who was at last night’s rally.

Adam Lent: The sorts of international standards they are asking the tax havens to meet are actually quite weak and won’t have a huge amount of bite.

The havens have been told that to get off the blacklist, they must sign information sharing agreements with at least 12 other countries.

But these agreements are not as effective as they seem, says Richard Murphy of the Tax Justice Network. He points to the example of the U.S. and the island of Jersey:

The problem, he says, is that the U.S. has to request the information. And the island insists on a lot of information before it will release any. It requires the U.S. to give details of the suspected evader’s financial arrangements in Jersey — details which are often hidden behind anonymous trusts.

Murphy says the havens should automatically notify countries when their nationals open accounts. That way governments could bring in more tax revenue to bridge ever-growing deficits.

Murphy claims the havens magnified the economic crisis, that their secrecy helped the banks create toxic assets. He says it’s only fair havens should bear some of the cost of cleaning up the mess. 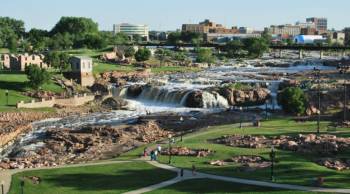