Kai Ryssdal: You can’t really call ’em dueling speeches. Because of course whenever the president speaks he gets top billing. But in a matching pair of what you might call cautious remarks today, both the president of the United States and the chairman of the Federal Reserve made their case that the economy’s glass is half-full.

The president repeated his line from last week that there are glimmers of hope out there. In a separate appearance Ben Bernanke says he sees tentative signs the economy’s decline is slowing. You wouldn’t know it from the tumbling retail sales numbers out today or the unexpected drop in producer prices — wholesale inflation is another way to say that. And that seems to be what Wall Street has focused on. Still, our Washington bureau chief John Dimsdale reports economic policy makers are trying to tell us the worst might be over.

BEN BERNANKE: As the economy begins to improve, as I believe it will, as financial markets begin to improve as they will if we maintain these policies effectively, then people will begin to see the situation is beginning to stabilize, and I think that will be very helpful.

Bernanke told the students recent improvements in home sales, homebuilding and consumer spending mean the economic decline has leveled off, which he said is the first step toward recovery.

Princeton’s Alan Blinder, a former vice chairman of the Fed, says both Bernanke and President Obama realize there are plenty of hard times ahead, notably higher unemployment. But he says policy leaders are trying to avoid talking down the economy.

ALAN BLINDER: The more gloom and doom that comes out of the people in authority, the worse that is for confidence, both consumer confidence and for business confidence.

Blinder says the leaders’ cautious optimism is based on substance. Lower interest rates and lower housing prices are having a positive effect on the economy. Economist Alan Levenson at T. Rowe Price agrees, but he also recognizes the risk of accentuating the positive.

ALAN LEVENSON: Where you’re playing with fire is if you say these sorts of things when they’re not justified. When you’re hoping rather than observing. But I think at least they’re making some fact-based observations.

Levenson says, over time, the tenor of comments from policy decision-makers can improve the economy’s performance. 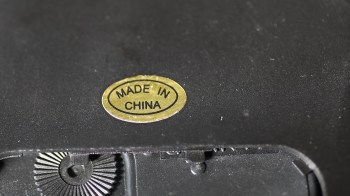 Will higher tariffs on Chinese goods lead to inflation?