Masters not a hole in one this year

Masters not a hole in one this year

Steve Chiotakis: Finally, the Masters Golf Tournament tees off today in Augusta, Ga. The event always draws the big stars such as Tiger Woods. And usually, corporate leaders are there to watch, too. But this year, financial giants such as Citigroup have announced they’re skipping the event. And they’re not the only ones, as Marketplace’s Jennifer Collins reports.

Jennifer Collins: The Masters is the dream destination for a golf-lover. Take this scene from Caddyshack:

Caddyshack: This crowd is standing on its feet here at Augusta. The normally reserved Augusta crowd going wild.

The recession, though, is expected to hit Augusta hard. The Tournament would not comment on ticket sales, but economist Raymond Sauer of Clemson University says if you’re wondering how the Master’s economy is faring, just look to major financial corporations.

Raymond Sauer: That group of people in the marketplace are the very same group that would be having a good time during master’s week at Augusta.

Companies that serve those VIPs say business is down.

Diane Starr: Twenty percent of the homes that we normally rent did not get rented this year. And most of those tend to be the high-end houses. 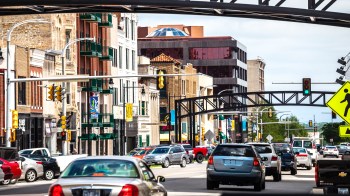