The big stories of the morning are GM preparing for bankruptcy and a merger that will create the country’s biggest homebuilder. Other things that caught my eye…

Entrepreneurs Will Bring The U.S. Back (Investor’s Business Daily)
“America’s economic recovery will not be determined in Washington. It will emerge instead from obscure offices like the one I visited recently in San Francisco, where people go to wrest permission from government bureaucrats to plant the seeds of future prosperity.”

Economist Nouriel Roubini lashes out at CNBC’s Cramer (AP)
“Cramer is a buffoon,” said Roubini, a New York University economics professor often called Dr. Doom. “He was one of those who called six times in a row for this bear market rally to be a bull market rally and he got it wrong. And after all this mess and Jon Stewart he should just shut up because he has no shame.”

Will the Public-Private Investment Plan Bankrupt the FDIC? (Seeking Alpha)
“The FDIC could end up guaranteeing up to almost $1 Trillion in very risky non-recourse loans, for which they will get a small fee, and they are projecting no net losses! Seriously, Shelia, there is this bridge I have in lower Manhattan, a real landmark property — care to make a bid on it?”

Amazon, Wal-Mart Follow Apple, Raise Prices On Some Top-Selling Tracks (Washington Post)
“Some songs will now sell for $1.29 at Amazon’s MP3 store, up from 99 cents, while Wal-Mart is now charging $1.24 for top tracks, up from 94 cents.”

Hawaii, suffering tourism drop, appeals to Obama (LA Times)
“Hotel occupancy rates in the winter are the lowest in at least five years. State officials urge the president to block any policies that would limit business travel.”

Resort’s Assets Include Shotguns, Horses and a Potatoes Peeler (DealBook)
“If Marriott closes its deal to buy The Greenbrier Resort, the posh playground for the prominent and rich, among the nearly $142 million worth of assets it will inherit are a $3,823 potato peeler, a $205 fudge warmer and Beretta white onyx shotguns worth $6,666, according to financial statements filed in advance of a federal bankruptcy hearing Wednesday.” 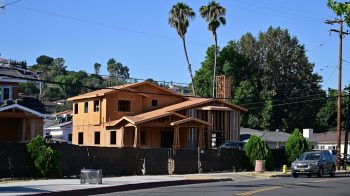