Why the rich matter

Why the rich matter

Kai Ryssdal: We’ve always had a love-hate relationship with the rich in this country. Nowadays, between well-heeled bankers getting millions in taxpayer-funded bonuses and plain, old Wall Street con men like Bernie Madoff, it’s less love, more hate. But that can make it easy to forget how the wealthy can benefit the rest of us. And how their shifting fortunes might shift ours as well. Here’s Marketplace’s Jeff Tyler.

JEFF TYLER: Most of us won’t be too concerned if
Rolls Royce or Bentley dealerships sell fewer cars. But you just might care if the rich stop buying the Tesla Roadster.

It’s the only all-electric car on the market. That means no gas. No oil. And no emissions. The Roadster goes from zero to sixty in four seconds. That’s almost as fast as a Porsche 911 Turbo.

And at $109,000, almost as unaffordable. But thanks to rich patrons, cheaper Tesla’s are on the way. Diarmuid O’Connell is the company’s VP of Corporate Development.

DIARMUID O’Connell: We’ll be shortly introducing what we call the Model S, which is a four-door, five-passenger sedan, which will retail — after a federal tax credit — for $49,000.

The Model S is being unveiled next week. But O’Connell says there’s a less expensive, zero-emissions car in the works.

O’Connell: We’re already looking at our third vehicle, which is targeted at a $30,000 price point. And building in the hundreds of thousands

O’Connell says we take for granted our easy access to cheap products, and forget the role of the rich in making it happen. He says we wouldn’t enjoy such low airfares today
if it weren’t for the initial wealthy travelers.

O’Connell: Commercial air travel in its early genesis was extraordinarily expensive, enjoyed only by the wealthy.

Because the rich bought expensive plane tickets, airline companies and manufacturers could continue to invest in the new industry. Over time, that resulted in relatively inexpensive plane travel for all of us.

The rich benefit us in other ways too.

Take medicine. That’s the sound of a centrifuge being used for stem cell research. The fledgling science could lead to cures for Parkinson’s disease, cystic fibrosis and other illnesses. Dr. Arnold Kriegstein is director of the Center of Regeneration Medicine and Stem Cell Research at UC-San Francisco. He says creating new facilities comes with a big price tag.

ARNOLD Kriegstein: We need to supply equipment that is too expensive for individual labs to purchase. That may cost, you know, a million dollars in some cases. And that sort of thing is very challenging in this environment. So, more than ever, we really need private philanthropy.

But financial contributions are down. So it was crucial when — last December —
the Center got a $25 million donation from a private foundation.

Kriegstein: Without that gift, we wouldn’t have been able to start building our stem-cell institute.

In that sense, the rich are indispensable. But in other respects, the wealthy may not matter as much as they once did.

CHARLES Geisst: A hundred years ago, they were a lot more important and central to economic policy making and intervention in the economy than they certainly are today.

Charles Geisst is a financial historian at Manhattan College. He points to 1893, when the U.S. Treasury teetered on the brink of bankruptcy. J.P. Morgan, New York’s most influential banker, stepped in and helped raise the money needed to keep the government afloat.

Geisst: He was called the savior of the country. And it wasn’t the first time that he had actually earned that title. And he would also be called it again in 1907.

That’s when he helped avert another financial calamity. Soon after, the Federal Reserve system was established. And it became the lender of last resort, instead of men like Morgan. The government relied on the super wealthy even less after World War I.

Geisst: The New Deal became, unlike governments before it, very interventionist in the economy and wealthy individuals started to take a back seat.

Geisst believes we’re better off with the government steering the economy. But when it comes to business and innovation, sometimes it pays to have the rich in the driver’s seat. 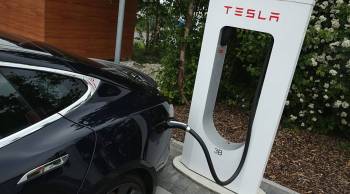