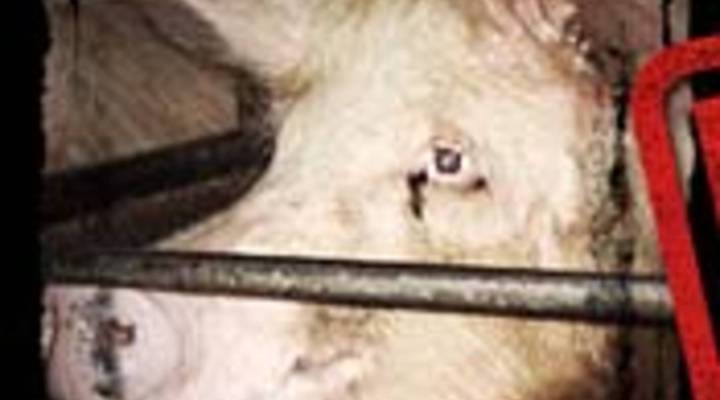 A different kind of pork project

COPY
Promo for "Death On A Factory Farm," a film about the pork industry HBO.com

A different kind of pork project

Promo for "Death On A Factory Farm," a film about the pork industry HBO.com
Listen Now

Renita Jablonski: A heads-up if you’re having sausage or bacon this morning, this next story has a grizzly start. HBO debuts a new film tonight that isn’t sitting well with the pork industry. Stacey Vanek-Smith looks at how it could affect the other white meat.

Accuser: Clearly your honor, it is torturing an animal. Was that animal suffering?

Defender: No sir, I don’t think it was.

Stacey Vanek-Smith: Death on a Factory Farm chronicles some grizzly practices at an Ohio pork producer. Bradley Miller is the director of The Humane Farming Association, which gathered some of the key footage. He hopes the film will have a commercial impact. He says after his association’s campaign against veal in the 80’s, sales plummeted.

Bradley Miller: So we’re hopeful that we can have a similar effect within the pork industry. That this will prompt them to clean up their act in response to consumer pressure.

The practices of the Ohio hog farm are not typical, says Paul Sundberg with the National Pork Board. And he says if consumers start to vote with their wallets, the industry will listen.

Miller: There certainly is that incentive, when the marketplace says, this is what we want to do. When producers hear that, they can respond.

Pork sales are holding up in the lean economy. Other more expensive meats have seen sales decline.